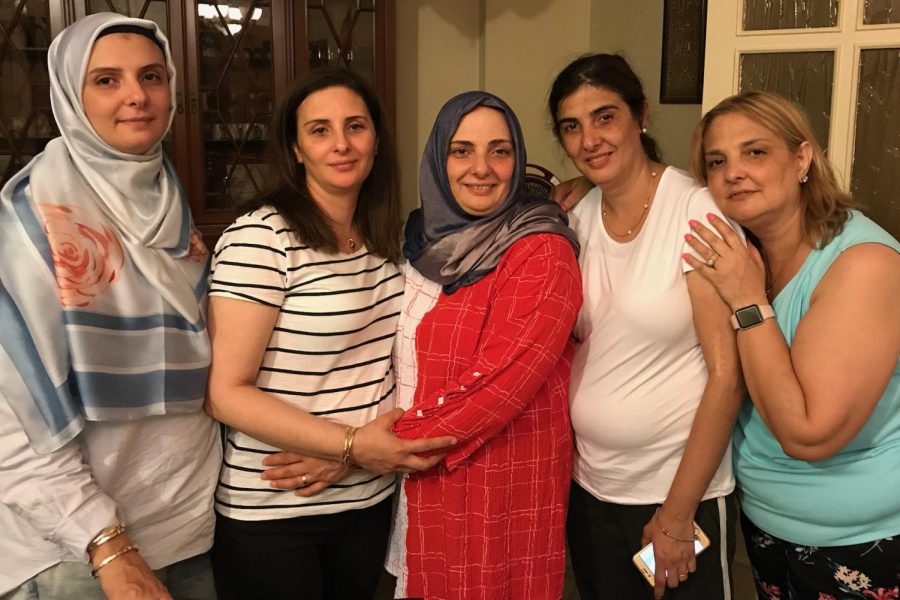 Schbley poses for a photo with members of her family.

Bassima Schbley, a 56-year-old veteran of the United States Army, is an associate professor of social work at Washburn University. She served for six years in the Army Reserves from 2008 to 2013 and her current rank is First Lieutenant.

Schbley was married to her soulmate Ayla, who died unexpectedly in 2005 but absolutely respected the Army and was her biggest supporter. Ayla Schbley was a Vietnam War veteran and in the Special Forces.

“We always talked about his experiences in the Army and just listened to him. From how much he was able to learn, he became a medic and a pharmacist, and he helped so many people,” Schbley said.

When Schbley joined the military, there was a major need for people who spoke Arabic and also who had the skills in helping soldiers with various mental health issues, so she thought it was a good fit and good timing to enlist.

“I wanted to honor his memories, so I decided to serve,” Schbley said. “I truly love this country. I owe so much to this country, and I wanted to give back.”

Transitioning into military life for Schley was relatively easy. She’s originally from Lebanon, but she’d already been in America for years by the time she joined. The bottom line for her was to remember why she was there, what her mission was and to do the best at her job.

Through her time in the U.S. Army, she met wonderful, amazing people that she still keeps in touch with today. Through the military, she was able to fall in love with travelling all around the world; it helped her come out of her shell and make a difference in people’s lives.

“Looking back, I’m glad I joined,” Schbley said. “I was able to give other soldiers a better understanding of the Middle Eastern cultures and Islam in general. There were a lot of misconceptions of the Middle East, so I felt I made a major difference educating people. I’m giving some truth about the realities about the people in the Middle East.”

“I don’t believe you search for your career; rather, your career somehow finds you,” Schbley said. “This is how I became a social worker. I have an affinity that attracts people to find me when they have issues. I don’t mind because I’m a very patient person and a good listener and I score very high on empathy. I help people solve their problems and show them ways to sustain whatever their wishes are. I am at heart a field social worker.”

“Dr. Schbley is a caring, inspirational and selfless professor,” said Mohammad Sabbarini, a student of Schbley’s. “She took time to help me realize what is important and gave me motivation to pursue the career I want.”

Schbley currently works to help provide clinical services to children and their families for the state of Kansas.

“She’s an angel,” said Carlyon Szafran, Schbley’s best friend and a former Washburn University professor. “She is always willing to help anyone. Bassima is willing drop everything to help people and the people around her know that and agree. She’s too good to be true.”