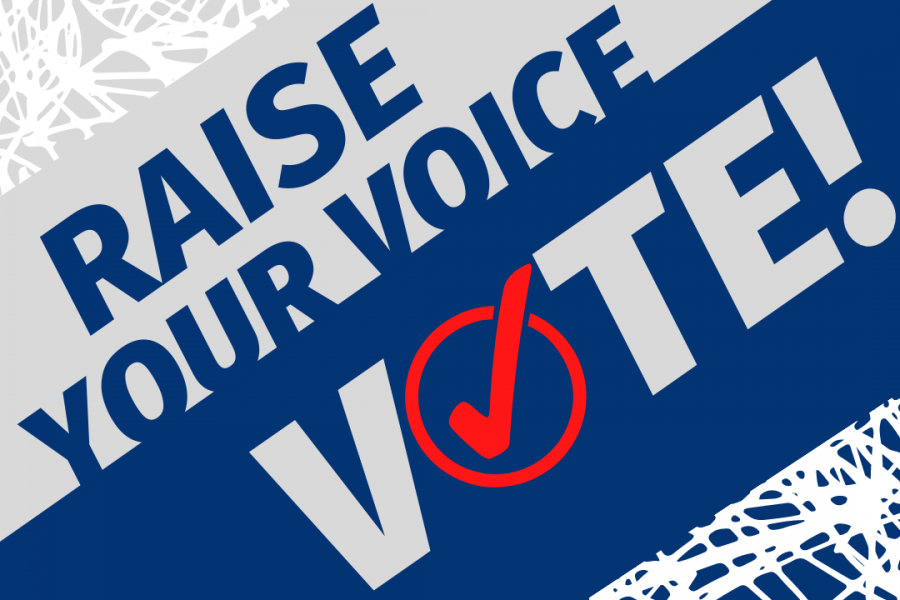 The importance of voting in campus elections

Washburn students will have the opportunity to participate in the upcoming Washburn Student Government Association (WSGA) elections on March 16-18 by voting for one of the two campaigns running this year.

In addition to the presidential race, 20 candidates for the senate will also appear on the ballot.

Voting in free and fair elections on our college campus is not only a great way to participate in what happens in our university by choosing our representatives, but it is also a great way to demonstrate our preparedness to take part in nationwide and local elections that will recur throughout our lives.

While voting in the upcoming WSGA elections may seem like a trivial matter or a waste of time, the opposite is true. Our elected student body representatives are responsible for a variety of duties such as bringing student concerns forth to campus administrators, addressing key student issues, and making sure that we as students enjoy our college experience.

“WSGA is a direct line to the administration and it’s a really great way to enact change,” said Shayden Hanes, a sophomore majoring in business with a minor in leadership studies. “For students to be able to pick a candidate who goes along with their beliefs is huge.”

WSGA helps sponsor and plan large-scale events like Homecoming, WU Fest and more for the student body. Before COVID, they were responsible for planning events like Scorch on the Porch as well as other fun activities for our students.

They have also been attentive to student needs such as when they reached an agreement with Washburn’s administrators for the approval of mental health days this semester to give students much-needed downtime with the cancellation of spring break.

To WSGA Chief of Staff Jaron Caffrey, a senior double major in economics and political science, being able to vote for the people who will be representing our university all year is very important, especially in the context of the new issues facing our campus.

“WSGA has highlighted the fact that there are a lot of big decisions that fall on us and students are really taking notice of who we are and what we do,” said Jaron Caffrey. “Students should be getting involved in the election so that their voices can be heard and so that they can get the best leaders to represent them.”

Both the Dollar-Jeter and Trautman-Babcock campaigns have given statements on the issues that they hope to tackle during their administrations if they are elected. Some of the big issues discussed during the first and only WSGA debate this past week included diversity and inclusion, partial or full tuition reimbursement for students affected by the pandemic, raising or lowering the student fee, increasing mental health awareness and environmental sustainability.

These issues and more will be included in the challenges that the incoming administration will face. However, these elected students cannot function without the feedback and assistance of the rest of the student body, and the first thing one can do to show support for WSGA is to cast a vote in the upcoming election.

“It’s important because personally, I don’t like hearing people complain about legislation or other issues when they didn’t put in any effort to make that change,” said Megan Dorantes, a sophomore public administration major. “Voting for the senators or president or vice president is important because their job is to serve you. That’s what our motto is, students serving students.”

By casting your vote, you are taking an active role in the future of our university and influence some of the big decisions and questions being asked and discussed right now. WSGA can only function if the students take an interest in the university that they are receiving their education through and living in.

“Are you upset that spring break was canceled?” said Caffrey. “Do you have issues with paying tuition the same as a usual school year? When you present some of these real-life real-world issues that are affecting all of us, it’ll get the attention of students to realize that they should pay attention and vote because that can make a difference. Will changes be made on my behalf? It depends on who gets elected. Students will hopefully wake up and realize that.”

The current WSGA president, Victoria Smith, remarked that it is important for all students to participate in the election process.

“I think it’s very important for students to partake in the elections because for the next year, these people who are going to be elected are going to be the people who are making decisions for the school and what’s best for the school,” said Smith. “If you want changes to happen on campus, these are the people that will have your interests in mind and who can get the things done.”

To participate in the voting process, check out WSGA’s page on BodsConnect here and keep an eye out for an email that will be sent out once the election draws closer. Students will simply fill out the ballot and submit it during the 72-hour election time.

Be sure to keep an eye on WSGA’s Facebook and Instagram next week as the campaigns prepare for the election cycle.

“I don’t know how else to say how important it is that you vote,” said Smith. “It’s kind of like in our United States government elections, your opinion does matter. So you need to get out there and voice your opinion.”