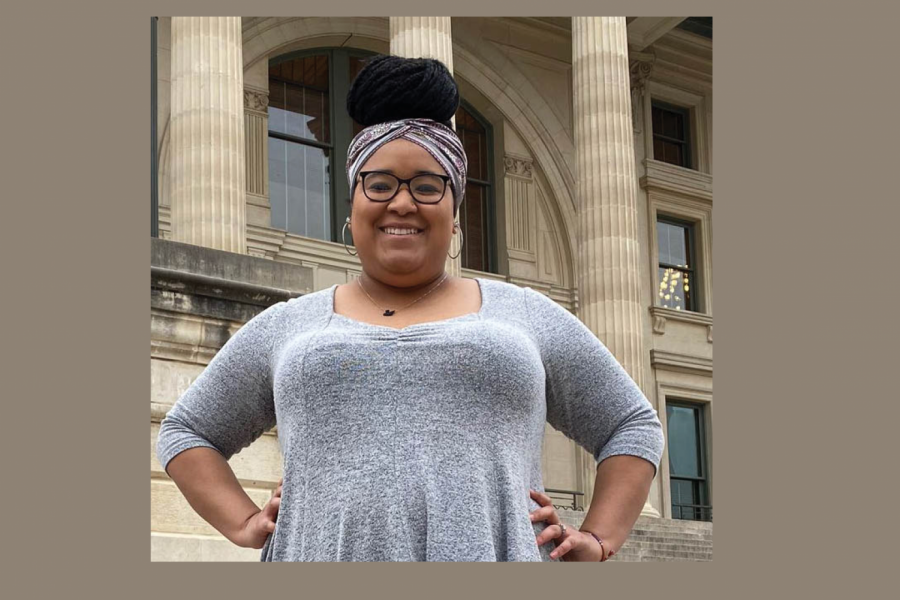 Victoria Smith served as President of the Washburn Student Government Association for the 2020-21 Academic Year.

For Washburn Student Government Association president Victoria Smith, the beginning of spring is a time of reflection and inner contemplation as she hands the reins of leadership over to the next administration.

For the past year, Smith, a senior music performance major, has served as the president of WSGA alongside her vice-president Mayela Campa and later, as Campa graduated, her second/current vice-president Dylan Babcock.

Smith and Campa won their bid for president and vice-president last year, defeating Prithvi Kunwar and Eliana Pendergrass in the election 51.64% to 34.5% and taking over for the previous administration of Michael Guerrero and Matthew Christman.

Smith’s time as student body president has been unique when compared with previous administrations. When she became president last year, the campus was in the midst of shutting down due to the outbreak of COVID, presenting her with an immediate and difficult problem to solve.

However, Smith and Campa persevered and were even able to help plan some events for the university despite the pandemic.

“It’s been a very interesting experience,” said Smith. “We’ve had a lot of ups and downs in the senate. But overall, I don’t think I would change it for anything. I think I learned a lot, and also was able to teach people a lot of things.”

Alongside Babcock, Smith was able to levy the administration at Washburn for the addition of student mental health days, an addition which may become permanent in time.

“When we found out we wouldn’t be having a spring break, it was really sad,” said Babcock. “As the WSGA we wanted it to seem a priority to our administration to be able to install mental health days. It’d be hard for us as students to go through a whole semester with no days off.”

“It was a really great year and a really great administration,” said Smith. “We got a lot of things done, and I enjoyed it. I enjoyed being your first minority student body president. So thanks, everybody.”

Adding to her list of accomplishments, Smith was also able to make free flu shots available to Washburn earlier this year and donated $35,000 to student relief funds to help students going through hard times during COVID.

Elaborating on her message to the incoming administration, Smith emphasized that being the leader of the student body is more work than most people realize.

“It’s not like the other cabinet positions,” said Smith. “I think they need to be prepared for all of the emails and all of the interviews, and especially the first couple months of the presidency and the administration, it’s a very busy time. You’re not going to have a lot of time for anything else. It’s basically the top two positions out of all the student worker positions.”

Smith will be graduating this year in May. She will be leaving behind a student government ready to take on the challenges of the next year and, hopefully, see an end to the pandemic. Her service to Washburn and its students during this time of crisis will not soon be forgotten.