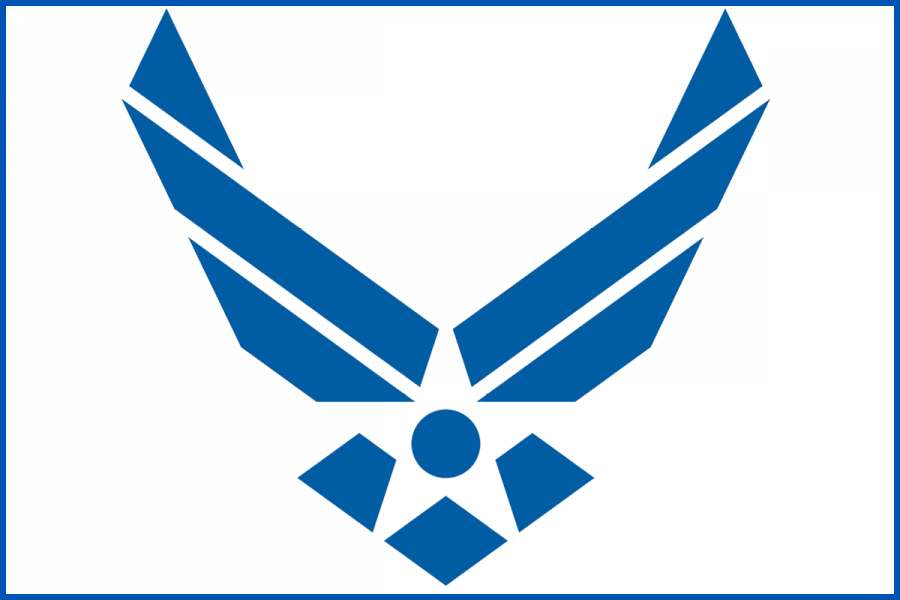 Ken Liddle was standing about 50 yards from his best friend when he watched his friend get blown up.  Liddle had started his military career in 1980 as an Air Force explosive ordnance disposal technician, but this incident during his first deployment spurred his decision to cross-train into the military working dog section.

“I didn’t want to diffuse bombs anymore, but I still wanted something to do with the detection process,” Liddle said.

Dog handling would become Liddle’s passion in the military.

Liddle grew up in Los Angeles, California, and his family later relocated to Joplin, Missouri, when he was 16 years old.

“Coming from California to Missouri was quite the culture shock,” Liddle said.

He would later credit the experience of moving across the country and leaving Los Angeles for small-town life with helping him make the massive transition from civilian to military life.

Liddle first became interested in a career in the military after joining the JROTC during his junior year of high school.  As he progressed through his senior year, difficult job prospects after graduation further solidified his decision to enlist.

“My reason for joining the Air Force was the fact that my parents couldn’t afford to send me to college and by the middle of my senior year of high school, I hadn’t been successful in finding gainful employment,” Liddle said.

Liddle left home for the Air Force almost immediately after graduating from high school, beginning basic training seven days after graduation at the age of 17. Because he had completed the JROTC-training, he was able to bypass part of basic training and proceed to technical training for his job.

Liddle remembers one challenge he faced early on in his career was the discipline that the Air Force demanded.

“I had achieved a degree of discipline in JROTC but not to the degree required by the Air Force,” Liddle said.

At the same time, Liddle enjoyed the freedom he found with the military.

“I liked the independence of being in the military,” Liddle said. “I wasn’t under my father’s control anymore.”

This independence was further enhanced when Liddle got assigned to Germany for his first duty station.  Since email wasn’t widely used and social media wasn’t even a concept yet, he mostly communicated with his family via mail.  He was also fortunate enough that one of his closest high school friends joined the Air Force and was also stationed in Germany.

“Whenever we had a weekend break together, we’d go tour some part of Germany,” Liddle said.

One of Liddle’s most memorable moments in Germany came when the U.S. forces there began building a new runway at the base.  German civilians staged demonstrations in protest of the construction of the new runway.  Liddle and his military working dog team were needed to assist the riot control squad for a demonstration that had the potential to turn violent.

“One of the demonstrators hung an American flag on the fence and burned it,” Liddle said. “That was one of the most emotional times during my service in Germany.”

Shortly afterward, an individual was seen with a weapon. The team kept the Germans from crossing the fence into the base and effectively prevented an active shooter event.

Liddle’s service took him all over the world and to many places he can’t talk about due to the classified nature of some of his duties, including serving in operation Just Cause in Panama during 1988 and 1989.  One of his most memorable moments came when he reenlisted on the Bridge of the Americas, which crosses the Panama Canal.  His oath of reenlistment was administered by the commander of the Panamanian forces.

“It was really a show of force by the American military,” Liddle said. “It was propaganda.”

Liddle intended on making the Air Force his career and staying enlisted until retirement.  These plans were derailed, however, when a mistake was made during a medical procedure to correct some migraines and lower back pain he had been having, which resulted in his medical discharge in 1992.

After his medical discharge, Liddle struggled to find employment.  He ended up finding a job as an associate at Walmart in Neosho, Missouri. One day, Liddle was doing his job and served a customer who was none other than Sam Walton, the founder of Walmart. His exemplary service and character led to Walton choosing him for a special manager school.

Liddle completed the manager school and then went on to complete his associate degree in business and accounting in the fall of 1995.

Liddle had intended to complete his bachelor’s degree at this time, but some issues in his personal life and with his family resulted in a break from college.

In 2011, Liddle lost his home during the Joplin tornado and found himself a homeless veteran. He intended to move into a homeless veterans’ shelter in Kansas City, but he was contacted by a friend in Topeka, Kansas, who offered him a room and recommended that he use the Veterans Affairs facilities there.

Liddle moved to Topeka and lived with his friend for three years until the rental house was sold. Facing the prospect of homelessness again, his landlord, Robert Miller, offered Liddle a room for rent in his home.

Miller also ran a small business selling alternative medicines and herbal supplements, which had struggled financially for some time. When Miller became aware of Liddle’s background in accounting, both men saw a mutually beneficial opportunity. Liddle was put into a management role in Miller’s business and over time took the business from operating in the red to turning a profit.  Miller saw what an asset Liddle was to the business and offered him a partnership in the business.

“When he sets his mind to something, he gets it done, and I’m sure a lot of that comes from his military background,” Miller said. “He is very determined and can’t be dissuaded when he is focused on a mission.”

Liddle’s wife, Kelly Liddle, also appreciates the positive impact his time in the military has had on their lives together. The couple has adopted three rescue dogs and Liddle’s experience as a dog handler has proved invaluable.

Kelly Liddle also said that Liddle’s military service is still very much a part of who he is and has been a tremendous building block for the rest of his life.

Liddle is now a student at Washburn University.  He is a senior and will be graduating this fall with his bachelor’s degree in business and accounting.

“Mine isn’t the usual story of most students at Washburn,” Liddle said.  “One thing I’ve found through the course of my military career and after being out is that I believe being open, honest, and direct with people can go a long way.”