Ichabod softball finishes the ESU Classic with win over the Wildcats 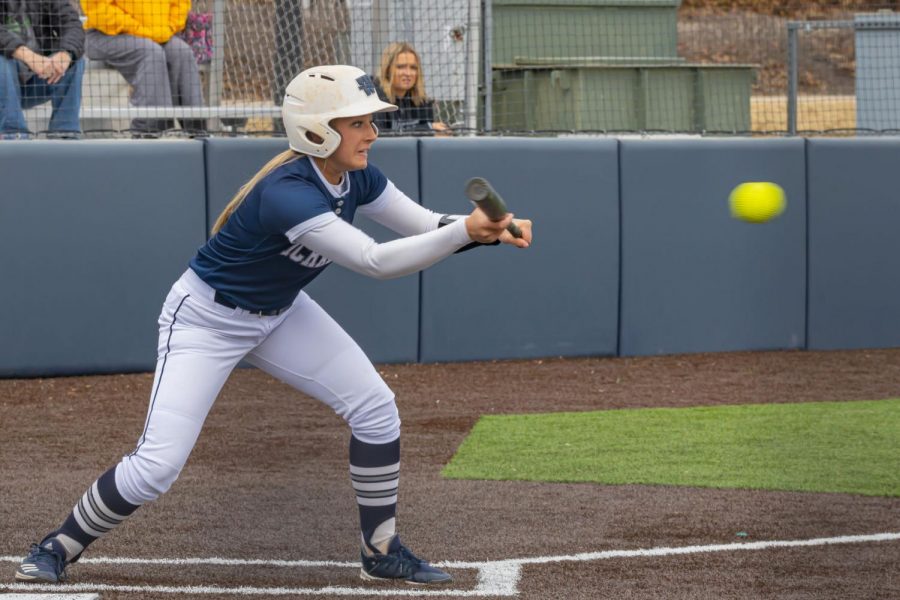 In the final game of the Emporia State University Classic, the Ichabods defeated the Wildcats of Wayne State College.

The Ichabod softball team scored two runs in the first inning, which came from a triple from Hadley Kerschen, then driven in by the doubles from Jenna Moore and Ashton Friend. In the third inning, Moore came across the home plate for the second time off a double form, earning Friend her second RBI (run batted in) of the game. Raegen Hamm pitched a great game, striking out nine, with one walk, five hits and only one run. This was the second full game that Hamm pitched on Sunday.

“I just think that it’s important to be there for your team when they really need you to be there. And coach asked me to really give us some innings and to give us a chance,” said Hamm.

“I was really, really proud of Raegen Hamm. I thought asking somebody to come pitch 14 innings against this level of ball is quite a task. She hung in there and you know was really good all day long,” said Coach Holaday.

Several of the games for the Emporia State University Classic moved to Washburn due to storm damage to some of the fields at ESU.

“It’s always nice to play at home. They basically split the tournament in half and that allowed us to play six games at home we wouldn’t have otherwise gotten to play,” said Coach Holaday.