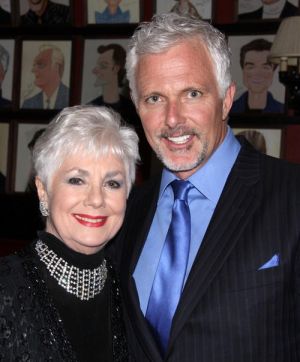 What do Chicago, New York and Topeka have in common?  Starting in September, all are locations where star studded Broadway musicals can be enjoyed.

Topeka Performing Arts Center has released the show schedules for four Broadway musicals to be performed in the capital city.  Ranging from classic Broadway like “The Music Man,” to classic literature in “Jekyll and Hyde,” TPAC boasts of four Broadway shows for the 2014-2015 season.

The opening performance is “The Music Man,” which celebrates its 50 year performance anniversary in 2014.  This performance will be hosted by Shirley Jones.  Jones was given the Academy Award for Best Supporting Actress for her performance in the film “Elmer Gantry.”

She also has performed in the Broadway productions of “Oklahoma!” and “South Pacific.”  Jones is best known for her role as Shirley Partridge in the television series “The Partridge Family,” which ran in the 1970s.

“The Music Man” will be a multi-media production with the use of projected videos and film clips, as well as well-known songs and signature Broadway dances.  It will be performed the night of Sept. 25.

The second show in the tour, “Jekyll & Hyde,” will be performed on the night of Jan. 31, 2015.  A twist on a classic, this show tells the story of two women in the love with different personalities of the same man.  The musical, although set in Victorian England, will feature pop rock music.

“‘This Is The Moment’ from multi Grammy and Tony nominated Frank Wildhorn & double Oscar and Grammy winning Leslie Bricusse,” said TPAC, noting the presence of the most famous song from the production. “Jekyll & Hyde has mesmerized audiences the world over.”

The last show of the Broadway season will be “Buddy: The Buddy Holly Story,” which will end the tour March 26, 2015.  The rock and roll musical debuted in 1989 and has been performed in more than 10 countries world-wide.

In a news release, TPAC released the list of some of the well-known songs that will be performed on stage for the final Broadway showing.

“Buddy tells the story of Buddy Holly through his short yet spectacular career, and features the classic songs, ‘Peggy Sue’, ‘That’ll Be The Day’, ‘Not Fade Away’, ‘Oh Boy’, as well as Ritchie Valens’ ‘La Bamba’, The Big Bopper’s ‘Chantilly Lace’ and many more.”

Each nationally acclaimed Broadway musical will be performed for one night in Topeka.

The tickets for the season will go on sale to the public Aug. 1.  Single show tickets range from $22 to $72. If more than three different show tickets are purchased, purchasers can receive a 10 percent discount on each show ticket.