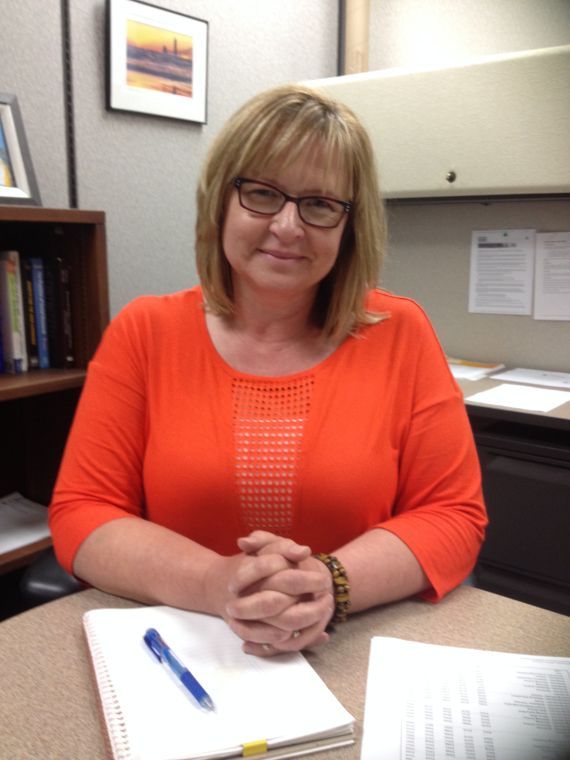 Marsha Madl, Sarah's mother, is appreciative for the scholarship created in her daughter's name. “She would love the idea of a scholarship here,” Marsha said. “She would think it was wonderful and would definitely want to help others.”

Sarah Ann Madl loved books and could frequently be found at Mabee Library while she was a student at Washburn University. Although Sarah passed away during her senior year, her dreams live on through a memorial scholarship created in her name.

The Sarah Ann Madl Memorial Scholarship, now in its third year, was founded and funded by a former teacher who had Sarah in his first class at Washburn. The teacher, who wished to remain anonymous, considered Sarah an excellent student and a person that set the bar high for following classes.

Sarah’s mother, Marsha Madl, Washburn strategic analysis and reporting administrative assistant, has been appreciative of the outpouring of love for her daughter and scholarships started in her memory. Topeka High School, where Sarah once attended, also has a scholarship in her name. Sarah played the tenor saxophone for the Topeka High band and then later for the Washburn marching band.

“She loved Washburn,” said Marsha. “She always loved school and kind of blossomed when she came here.”

Marsha said that as a child Sarah was always mature for her age, quiet and thoughtful. She loved books and the library.

“Someone once described her as an old soul and I think that’s an accurate description,” said Marsha. “She always thought things through when making a decision, even when she was little. She was like a little adult.”

Soon after coming to Washburn, Sarah made the decision that she wanted to be a librarian. According to her mother, Sarah originally wanted to be a teacher, but changed her mind during her time at WU. To some, her new dream of becoming a librarian wasn’t too surprising considering she spent many hours working at Mabee Library and as a volunteer at the Topeka & Shawnee County Public Library.

Sarah’s academic advisor and the dean of university libraries Alan Bearman remembers Sarah as a young woman who was hard working and committed to becoming a librarian.

“She was a truly kind and caring young woman whose future was full of possibility,” said Bearman.

Not only did Sarah spend hours committed to becoming a librarian but also played in the Washburn marching band and was a member of Sigma Alpha Iota International Music Fraternity.

Sarah also worked a semester as a reporter for the “Washburn Review.” Three of her articles include: “A jam for justice for slavery awareness,” “A passion for Topeka” and “Band director expands horizons.”

Because of this scholarship, Sarah’s love for learning can be carried on through others. The successful recipient of this scholarship will be awarded a $500 gift card for the Ichabod Shop. Eligible students must be full-time first year students enrolled in WU 101 – the Washburn Experience for the fall semester.

The application process for the scholarship includes writing a 400 word essay about what it means to be an Ichabod. The scholarship committee may give special consideration to students who attended the schools Sarah once did: Randolph Elementary, Robinson Middle School and Topeka High, or worked for Lowe’s as she once did.

This year completed applications are due July 20, 2014.

Sarah, born in Topeka, Kan. Feb. 21, 1988 to Marsha and Tom Madl, became ill while still a student at Washburn. Diagnosed with cancer in 2010, she passed away in February 2011, just 11 credits shy of graduating. About three months later, Washburn awarded her a bachelor’s degree in integrated studies posthumously.

“She would love the idea of a scholarship here,” said Marsha. “She would think it was wonderful and would definitely want to help others.”