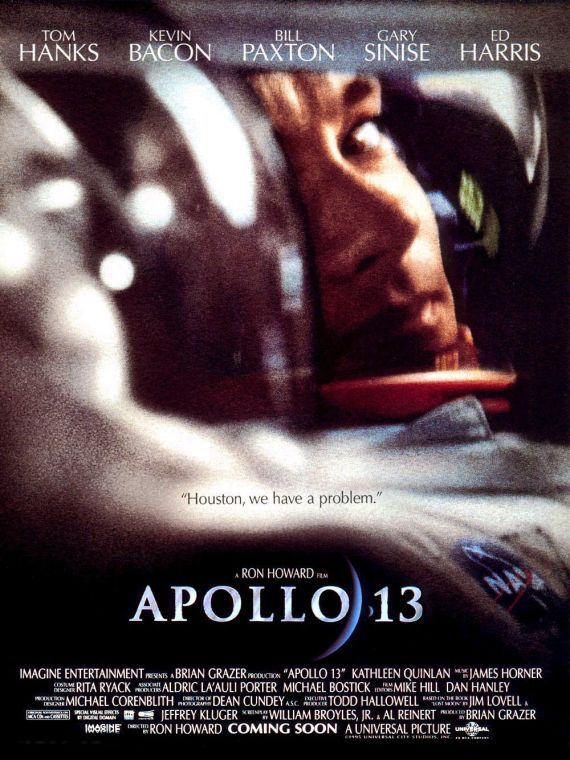 The Sundown Film Festival presents "Apollo 13." The film will be shown outdoors on the grounds on the Kansas Historical Society July 11 at 9 p.m.

Throughout this summer, on the second Friday of each month, the Kansas Historical Society and Kansas Museum of History host the Sundown Film Festival series.

Each month will see a different film screened outdoors on the museum grounds and will be accompanied by family-friendly activities related to the movie being shown. This month’s feature film is the 1995 Academy Award winning docudrama “Apollo 13,” starring Tom Hanks. The Ron Howard-directed film is based on the events surrounding the failed 1970 Apollo 13 lunar landing mission; so naturally, the museum is going with a space-based theme for this month’s event.

“This month we have Northeast Kansas Amateur Astronomer’s League coming out,” said Nikaela Zimmerman, registrar with the Kansas Historical Society.

According to Zimmerman, the NKAAL will have an information booth set up from 7:30 to 9 p.m. where visitors can learn astronomy facts and stargazing tips. After the movie, which starts at 9 p.m. and runs almost two and a half hours, the astronomers will aim their telescopes at the moon and Saturn for some late night planet watching. They’ll also show visitors how to spot Mars with the naked eye.

The movie is free and open to the public and a concession stand will be set up, selling movie treats and drinks. Guests are encouraged to bring their own lawn chairs and blankets, as no outdoor seating will be provided.  Additionally, the Kansas Museum of History will keep its doors open until 8:45 p.m.

For more details and information about this or future Sundown Film Festival events, visit: kshs.org/event/kansas-historical-society-sundown-film-festival-apollo