Ichabods squeeze by the Blue Tigers 72-67 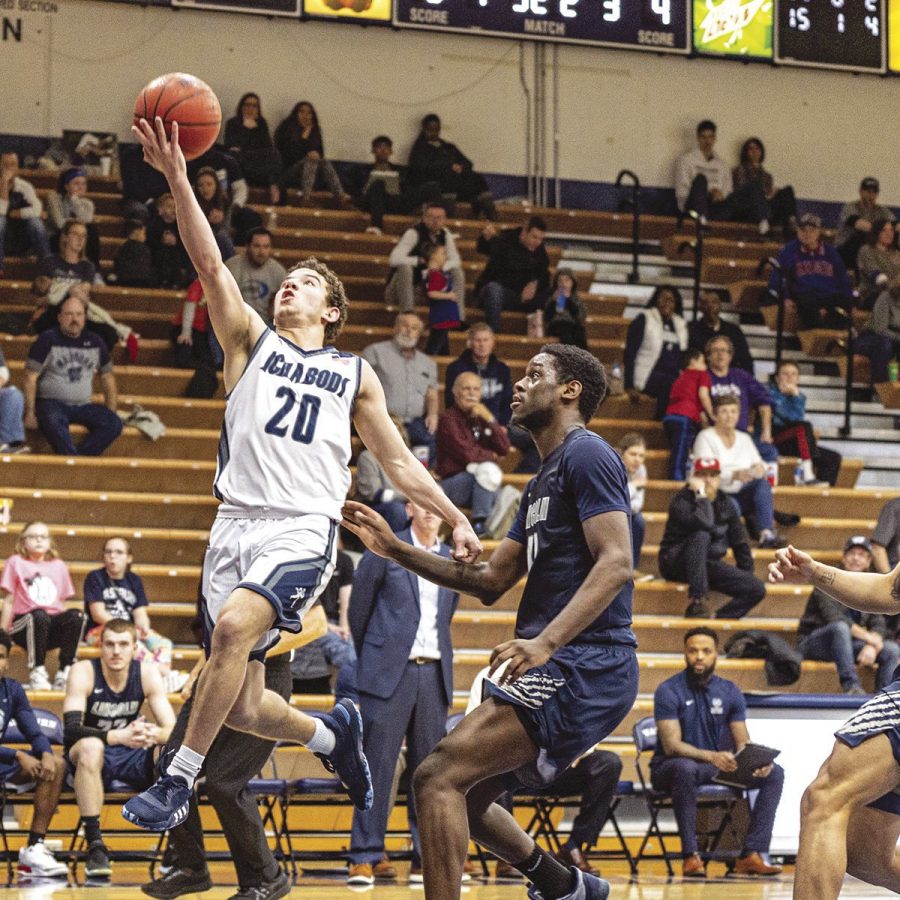 Walking on air: Sophomore guard Jalen Lewis jumps for a layup. Lewis scored 15 points and made all his 3-point shots in Saturday’s game against the Lincoln University of Missouri Blue Tigers.

The Ichabod men’s basketball team etched out a victory against the Blue Tigers.

The victory occurred Saturday, Feb. 22 when the Ichabods met the Lincoln University of Missouri Blue Tigers and tamed them with a 72-67 win. This was the last home game for the Ichabods this season.

The win over the Blue Tigers brings the Ichabod’s to 16-10 overall, and 11-6 against MIAA opponents.

In the first half, the Ichabods dominated the game jumping out to a 47-24 lead. With Jalen Lewis hammering out an impressive 15 points with three 3-point shots, and Tyler Geiman knocking down 12 points himself in the first half of play, the momentum was with the Ichabods when the buzzer sounded.

The Ichabods left the court in high spirits, but the 23 point lead would not last long.

The Ichabods and Blue Tigers came back out and traded five points each at the start of the half before the Tigers made a 19-7 run against the Ichabods. Cutting the Ichabod lead in half with 11 points with the score standing at 59-48.

With only 10:12 left to play, the Blue Tigers kept working at the Ichabod lead. With eight seconds left in the half the score stood at 71-67 when Geiman sank the first of two free-throw shots. Jace Williams also made his third block in a spectacular fashion when a Blue Tiger went in for a jump shot.

The Ichabods where plagued by missed shots, a lack of rebounds, interceptions of the ball, and by fouls in the second half.

The events lead to what appeared to be lack luster effort in the second half.

“We just kind of lost our edge, kind of took our foot off the gas, which we can’t do, especially for scrappy teams like that we just got to stay on them and make better plays,” said Lewis.

Head Coach Bret Ballard felt good about winning the game, but was concerned regarding the second half.

Geiman lead the Ichabods with a total of 18 points scored. Lewis finished the game with 15 points and Jonny Clausing added nine with three blocks. Clausing was in the thick of it game as always.

“It’s just physical, you have be ready every night to go against big dudes,” said Clausing.

The Ichabods will be back on the road Thursday to take on the Northwest Missouri State University Bearcats who are ranked No. 1 in the MIAA.