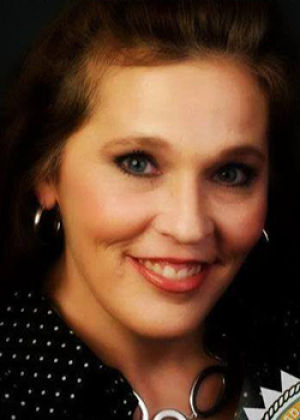 This week, voters will have their first chance to help determine the immediate future of Kansas politics when the polls open on Tuesday for the state’s primary election.

While the eyes of many a voter may already be cast toward November’s midterm elections, Wichita native Jennifer Winn, has been working to garner attention toward the primary and her bid to keep current Kansas governor Sam Brownback (Rep.) off of the fall ballot.

A small business owner with little political experience, Winn may seem like a long shot against a career politician like Brownback. However, it’s that stranger-in-a-strange-land status that Winn feels makes her the better option.

“I’ve had people say, ‘You’re not a politician,’ and they’re right,” said Winn during a phone interview conducted between campaign stops. “I’m not experienced in stealing people’s money and hiding it. I’m very good at transparency and I’m very good at being honest.”

Driven into politics after her son was charged with felony murder for his role in a marijuana deal gone bad, Winn claims to have dedicated hundreds of hours researching the ins and outs of state and local legislation.

“I’ve researched everything from the legislative process and how it works,” said Winn.

This research, she claims, has yielded everything from police and judicial corruption, unaccounted for lobbyist spending and political moves occurring behind a veil of secrecy. From there, Winn started looking into how state politics have impacted issues such as education, as well as treatment of veterans, the disabled and the elderly.

“It’s sort of like a domino effect,” said Winn. “Once you start asking ‘why’ and start finding the answers, you clearly understand why we’re in the predicament we’re in.”

Aside from being a staunch advocate for transparency and accountability in state politics, Winn also sees a need to re-examine the way the state handles public education.

“The money isn’t reaching our classrooms,” said Winn. “That’s part of the biggest problem that’s affecting, not only our teachers, but our children as well. They’re our future and it’s my opinion that they are our priority.”

The lack of funding for extracurricular activities, and music and art programs, which Winn sees as playing a key role in student development, are only a few of the issues the candidate hopes to dress within the Kansas public education system.

“To me,” said Winn. “It’s really about spending money directly  and not lining the pockets of people sitting in those higher positions.”

Whatever the result of the 2014 election, one of the biggest challenges facing Kansans is an increasing deficit and bleak economic outlook. While the perceived causes and solutions to this problem is the focal point of this election, Winn is willing to explore a couple of options rarely given much attention in this state – industrialized hemp and medicinal marijuana.

“We have taken that from our economy, from the people and have removed the jobs,” said Winn regarding the hemp industry. “That’s something we need to give back to the people because, in essence, it’s revenue that is untapped. I think that we can not only utilize that, along with medicinal marijuana, to fund our schools and bring back the expectations that I think we all have for our children, but I think we can also appropriately service our veterans, elderly and disabled.”

With a mere quarter of eligible voters expected to take part in the primaries, Winn urges Kansans, particularly younger voters, to get out and make informed choices this election year.

“They are the generation that recognizes the truth,” said Winn. “They are the generation free of the propaganda and it’s going to be up to them. If they want to have a different state, then they have got to get out there and vote. They have got to be educated about who their options truly are and know that the options that are most strongly pushed to us are those with the most money behind them.”