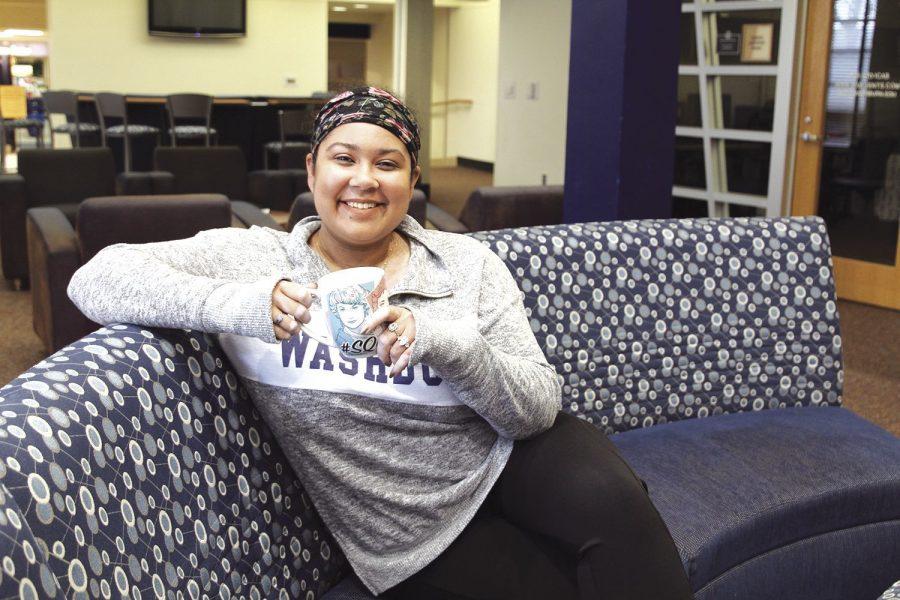 Spilling tea: Anna-Marie Lauppe is graduate student getting psychology. She writes this column to share her beliefs with the Washburn community.

Hi I’m Anna-Marie, I’m an Aries, and I think astrology is bullsh*t. Astrology, as most know, is a pseudoscience. Astrology, as defined by Wikipedia, is “a pseudoscience that claims to derive information about human affairs and terrestrial events by studying the movements and relative positions of celestial objects.”

It is a pseudoscience because people mistake Astrology as an actual science that is grounded in scientific theory, which it most obviously is not. Some people I know fully believe in all things astrology. They believe it can guide your life and that it should be regarded seriously. I believe they are kidding themselves.

Don’t get me wrong, as I mentioned in the very beginning. I know what my zodiac sign (the star sign one is born under) is, and I wouldn’t want to be anything else than the Aries I am. I am one day removed from being a Pisces (that would have been a disaster), and when I look at the personality traits of both zodiacs side by side, I tend to lean very heavily towards the Aries side of things when it comes to how I judge and how others judge my personality traits. With that being said though, I still don’t use my zodiac, and the traits and advice which accompany it to explain my behavior or guide my life.

I will state that there isn’t anything inherently wrong with using astrology to guide one’s life. I just think one should take astrology for what it is: over-generalizations that could apply to anyone. These over-generalizations are represented by a psychological phenomenon called the Barnum Effect. According to Brittanica.com the Barnum Effect is “the phenomenon that occurs when individuals believe that personality descriptions apply specifically to them (more so than other people), despite the fact that the description is actually filled with information that applies to everyone.” Sound familiar to anyone?

This effect is important because it sheds light on the truth of this pseudoscience. Again, I’m not saying turning to one’s horoscope for advice is inherently bad or good. Before people put so much stake into this idea, they should know what they are putting stake in. I do, however, find it silly when people say they are feeling a certain way because celestial body x is behaving a certain way. For example, Mercury has been in retrograde this month since Feb. 17 and will continue to be until March 10. Apparently, people have been having a rough time since this retrograde period started. A planet being in retrograde is just a matter of its rotation going the opposite direction than normal. Being greatly affected by a planet 59+ million miles away and changing its rotation is taking this whole astrology thing too far. Astrology and one’s horoscope can’t be one’s excuse for a bad attitude,crappy behavior or anything else. Though I must admit, it would be nice to have something to blame for those random mood swings we all are privy to every once in awhile.

If you are one of those people who lives your life by horoscopes, I hope I didn’t burst your bubble. Just because I find them to err on the side of bullsh*t, doesn’t mean you must. On that note, I also hope I gave you something interesting to think about. For those of you who don’t care about horoscopes but didn’t know about the Barnum Effect, you learned something new. Finally, for those of you out there like me who enjoy a good personality comparison, and wouldn’t want to be any other sign, but deep down know it’s all kind of bullsh*t, congratulations you’re not alone. In the end we all must hold on to the things which feel to be part of our identity, and whatever that is …who am I to judge?…and that is a little bit of celestial tea from me to WU.