Ilias releases other worldly album from down under 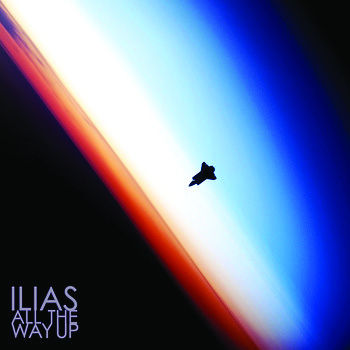 All the Way Up: Algerian-Australian composer, producer and musician, Ilias released a new album titled “All the Way Up.”  Ilias composed and performed everything on the album except the string arrangements.

First impressions matter, especially when you are not familiar with an artist. My first time hearing Ilias’s work was over a cup of coffee one morning. As the first track played I found myself sliding further into a state of relaxation. He had my attention.

Ilias is an Algerian-Australian producer, composer, and multi-instrumentalist based out of Sydney. He plays everything but the string arrangements on his new album, “All the Way Up”. The album is currently available on iTunes.

“All the Way Up” is a personal journal set to music. The concept is both simple and respectable. There is no missing the sincerity and personal connection to the music. The album is about a woman, a subject with which many of us could relate.

The lyrics are well written in an honest and direct style. In the opening track, “Someone Like You”, he sings, “you said take it slow and we’ll see where we go/so I did what I do, and I lost you.” It’s sincere and helps maintain the feel of a personal journal.

The album has a great ambiance. Some of the tracks that are purely instrumental create a feeling of weightlessness. The songs let my thoughts drift away, but not to the point of leaving the lyrics behind.

From start to finish the album flows nicely with a few shifts that fit the album like a well-written bridge to an individual song. It’s the best album I have acquired from that part of the world since Neil Finn’s “Dizzy Heights”.

I was most impressed by his musical talents. He doesn’t simply know how to play his guitar; he knows his guitar as one would know an intimate partner. You can especially hear it during the parts without lyrics.

He is one with his instrument. It’s refreshing to hear a musician that obviously appreciates their instrument in an age where the vast majority of the new material you hear is so synthetic or reliant on samples.

The album as a composition does a magnificent job balancing moods. I would describe it as an amalgam of blue and red vibes that blend like a sunset. Its pretty to listen to and effectively conjures emotional states that are both melancholic and hopeful.

I was impressed by the album and would recommend it to anyone who appreciates music as an art and not just as fodder to fill the popular American radio frequencies. I am eager to hear more from the artist in the future, I feel that his work merits an audience.