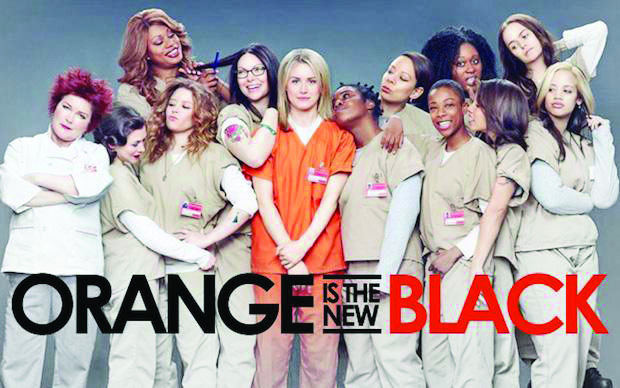 I reviewed the first season of Orange is the New Black a few months ago and waited impatiently for season two to roll around. When it did, in June, I watched the whole thing in two weekends.  I had too much homework or might have polished it off in one.

Season one had ended with Piper, played by Taylor Schilling, taking her fear and frustration out on Pennsatucky (Taryn Manning) by beating the brains out of her so bad that I wondered if Pennsatucky was squished dead. It may not have been graphic but the sound effects were enough to make you wonder. Pennsatucky is such an unsympathetic character for so many reasons, not to mention her nasty black tweaker’s teeth—that I guiltily hoped we would never see her character again. Spoiler alert—we do.

In the second season Piper has to pay for what she has done and we see her going to a maximum security prison? But what happens to the prison and all characters from the first season? Of course, somehow she makes it back there, but things have changed dramatically.

Season two continues with the backstories of some of the characters, but not on the ousted chef Red, played by Kate Mulgrew, who had one of the most interesting backstories in season one. But the series doesn’t disappoint and and new characters come in.

The new main character, Vee, played by Lorraine Toussaint is more than twice the villain Red ever hoped to be.  She is the new smuggler of illegal goods, and she deals drugs—something Red would never do.  I found myself wishing Red were back to her post as chef, running the prison and being the supply chain for the contraband coming into the prison, because Vee is so sinister and has no conscience. Even her backstory gives you no empathy for her character. She is simply an evil person. She takes the place of both Pennsatucky and Red, who have been reduced to no longer scary people.

The whole season has Piper maintaining a new attitude where it appears that the realization of her own brutality and prison life has saddened her even more and hardened her disposition. She keeps more to herself. Her backstory with boyfriend Larry (Jason Biggs) takes a new twist as he gets involved with Piper’s married best friend Polly (Maria Dizzia).

Jenji Cohan, the creator of the show, also created Showtime’s “Weeds,” and seems to have the Midas touch. “Orange” is the most watched series on Netflix and has been nominated for multiple Emmys this year. Among the nominations is “Most Outstanding Lead Actress in a Comedy” for Shilling.

Season three is slated for next year but no release date has been given yet. Rumors are that Mary Steenburgen is joining the cast.