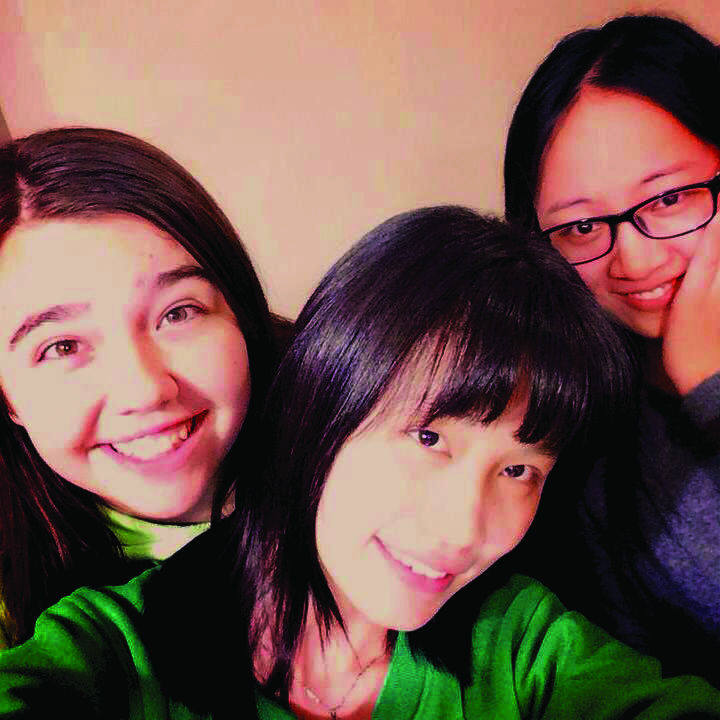 Just over one month ago, two 20-year-old girls – Wei Xia (Sum­mer) and Jingjing Lu (Kama) – stepped out of a plane and into a completely foreign land, leaving their family, friends and home for one year to study abroad.

Since that day, these girls have worked hard to completely adapt them­selves to our world purely for the purpose of experience. Talk about getting out of your comfort zone.

When Kama, who came to Washburn from Shanghai Jian Qiao University, arrived to campus in August, one difference stood out immediately.

“I thought, ‘Wow, look at all of the grass and trees!’ It’s very different because in my university, everywhere has tall buildings and it’s hard for us to see too many green things,” said Kama.

During Summer’s first days of the abroad program, she noticed contrasts in the way American people interacted.

“I quickly found it was different because when I walked down the street people would smile at me,” she said. “In China, if two strangers [cross paths] in the street, we just stay emotionless because, ‘I don’t know you!’ But here, people will smile at you. And I think that is so good.”

As Summer and Kama found themselves immersed in Midwest American culture, they noticed that people in the United States can be a bit more open minded than the older generations in China.

“I think one main reason is that Chinese people tend to judge others. Here you can do something you like and people will not judge you but in China if you do something not so normal, people will think you are crazy. Like if you wear some unusual clothes or don’t get married by the age of 28,” joked Summer.

The girls believe that younger generations in the United States have much more social freedom than those in China. Here, young adults can pursue relationships in high school and even earlier. But Kama noted that Chinese parents discourage relationships at early ages, because they want their children to be focused on their education and future.

They also compared their American university experiences and campus lives to the ones they live at their Chinese universities. Summer found it very difficult at first to adjust to the amount of homework an American student receives on a given day.

“In China I had more courses, ten courses, but I didn’t have nearly so much homework. Here, I only take four classes, but I have so much homework to do! Here, you have to study hard every day because there are more quizzes and tests. In China, the final test is the most important test,” she said.

According to Kama, the classroom experience itself differs quite a bit. She finds the professors at Washburn to be more personable and invested in their students.

“I think teachers are very patient and they really care for students. Sometimes in class I feel like the communication between teachers and students is very nice. In China, it’s like the teachers speak and everyone else does nothing – like a useless class. Here, maybe we can learn more knowledge by communicating with the teachers,” she said.

It has been just over one month since Summer and Kama first arrived in Kansas. While both of the girls have battled a bit of homesickness, they feel they have settled into their year abroad remarkably well. However, they still enjoy the comfort of an Asian meal from time to time.

“Huhot, the Mongolian restaurant! It tastes most like Asian food,” said Kama.