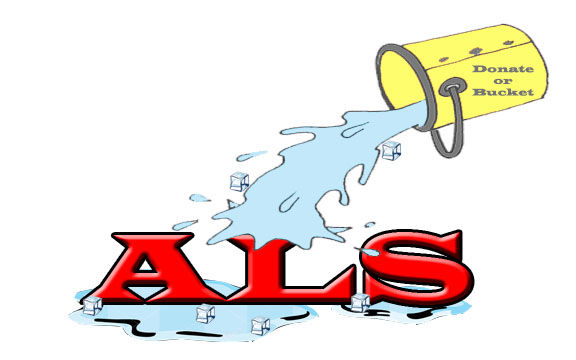 It was Aug. 20 and just as the days before that, it was dreadfully warm in Topeka, Kan. Strangely enough though, the sensation running through my shoulder and back was not one of warmth. In a matter of seconds an almost paralyzing feeling of a water and ice poured over me. Even stranger than that, I decided to record the whole ordeal.

I was challenged to do a fairly simple task by one of my best friends. The rules given to me were simple; I had 24 hours to donate $100 to the ALS Association or donate $10 and have ice-cold water dumped on me.

If I accepted the challenge then I would have to keep it going and challenge four other people through video. As it was hot that day, I chose the latter.

As I am sure that some readers already know, I am referring to the renowned Ice Bucket Challenge. Unless you’ve been living under a rock for the past few months it’s basically taken over your Facebook, Twitter and News feeds. The challenge feels as if it came out of nowhere but now it’s in front of your face whether you want to or not.

At first I was skeptical of the idea that pouring water on my head would actually benefit anyone, but because I am a good sport, it slowly grew on me.

The first positive experience that I got from seeing the challenge was that whether I wanted to or not, I was going to become more aware of what ALS even is. Fully titled as Amyotrophic Lateral Sclerosis or “Lou Gehrig’s Disease,” it is a neurodegenerative disease that affects the nerve cells in the brain and spinal cord that causes muscle spacicity that rapidly degerates, leaving the victim with difficulty swallowing, speaking and breathing, eventually leading to total paralyzation and death. There is no known cure.

Lou Gehrig is the  New York Yankee baseball hall of famer who contracted the disease in the prime of his life while still playing for the Yankees.

“I’ve never actually done something. Yeah I’ve donated to organizations but I wanted to go and do this,” said Colby Taylor, senior communications major at Washburn.

From there I realized that those who participate in the challenge were also expected to donate to a charitable cause as well. This is where my second point of skepticism came in. I assumed that people would only dump water on their heads and then call it a day while patting themselves on the back. Checking through the official numbers, the contrary is actually true.

Since the sudden growth of the challenge, the ALS Association has attributed it to the reason for it’s larger than normal donations coming lately.

Their press release stated that from July 29 to Aug. 25, the association has received over $79.7 million in donations compared to only $2.5 million last year during the same period. What’s even better is that people have used this opportunity to donate to other causes closer to their hearts as well.

There is still criticism about the challenge. Some say it supports selfishly doing something online so friends can look at it and see what a great person you are. My response to that is that I don’t care. It may not be the most altruistic moment of mankind but the donations are still going to good causes.

To the readers of this article; You have 24 hours.