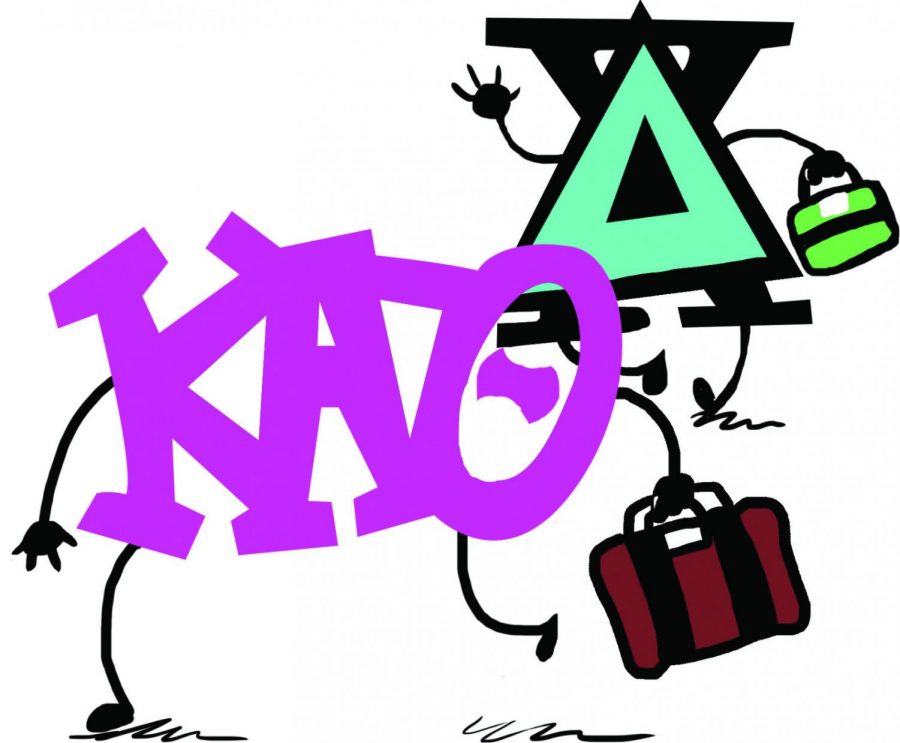 Greek houses Delta Chi and Kappa Alpha Theta recently lost their charters and are no longer active at Washburn University. The decision left members of both house wondering about their futures on campus.

Washburn University lost both a fraternity and a sorority this year.

Delta Chi and Washburn’s Kappa Alpha Theta Sorority Chapter, designated as Alpha Upsilon, decided to relinquish their charters, with careful consideration upon knowing they were not meeting the standards of their respective national organizations.

“Making this decision is not done lightly and often not without careful thought and consideration,” said Handy. “Not a single member wanted to see their chapter close, but ultimately all members from both groups voted unanimously to close their organizations.”

The national organizations for Greek groups hold high expectations for their chapters and slip-ups are not uncommon.

“All national organizations typically have a tiered program that help chapters that are struggling in hopes of them moving back to good standing,” said Handy. “This program may include a series of probations or suspensions depending on how they are defined.  With these probations often also come visits from specialists or traveling consultants that work with a chapter on area(s) that they are struggling with.”

Both Delta Chi and Kappa Alpha Theta made diligent efforts to bring their organizations up to the national standard.

The two made noticeable progress, but collectively returning to good standing is not easy. At times, there is simply not enough that can be done in the time given.

“Both Delta Chi and Kappa Alpha Theta struggled in two key areas, but in both these areas the members of these groups worked very diligently to improve, but unfortunately did not make the progress they needed to make to stay in good standing with their respective national organizations. Those two key areas were academics and recruitment/retention of members,” said Handy

Academics can be difficult to maintain for any Greek organization. Recruiting is not an easy task as well, as all of the organizations compete to get members.

Although Washburn University saw an increase of twenty-three percent in members overall for Greek organizations, Delta Chi and Kappa Alpha Theta could not garner enough new members to meet national organization standards. It is quite possible that the other larger fraternities and sororities simply appealed more to recruits.

Delta Chi first found a home at Washburn University in 2005 and received its charter from the national organization in 2008.

With the history behind both of the Greek organizations, current and former members were shocked by the decision. Brooke Brennan, a member of Kappa Alpha Theta, shared her thoughts on the chapter’s closure:

“The closing of Kappa Alpha Theta came as a surprise. It was so devastating to hear a chapter at Washburn for 100 years was closing its doors,” said Brennan. “Theta meant so much to all of the active members and previous members that I have no doubt the alumni chapter will continue to be active and thrive. Once a Theta, always a Theta.”

Brennan’s connection to the sorority was understood by Handy.

“The remaining members of both Delta Chi Fraternity and Kappa Alpha Theta Sorority have responded in different ways as you might expect,” said Handy. “Once you are an initiated member of a fraternity or sorority at Washburn University you cannot join another, although I do not think any of the remaining members of these groups would want to do so.”

Handy also cleared up some confusion for recruits who were considering either of the two Greek organizations:

“If there were any new members (non-initiated) at the time of the closure of either of these groups then they would have an opportunity to join another group.”

Although the previous members of Delta Chi and Kappa Alpha Theta cannot join another Greek organization, they will still be granted alumnae status upon graduation from Washburn.