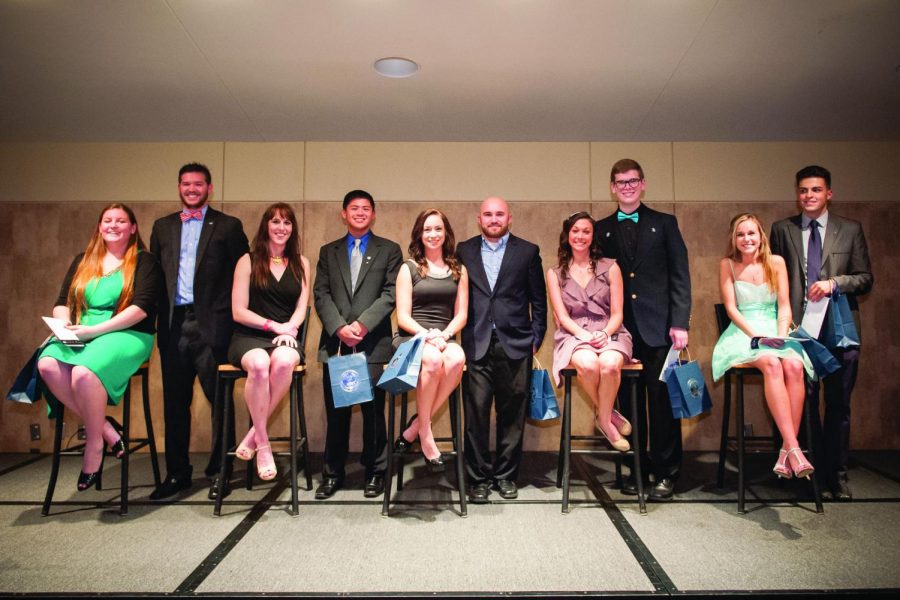 Cast your vote for homecoming king and queen this week. Polls are open until 1 p.m. Friday, Oct. 17 at my.washburn.edu.

It is argued that the first modern homecoming originated because of the ‘Border War’ rivalry between the Kansas Jayhawks and the Missouri Tigers, back in 1891, bringing with it a long tradition of welcoming home the returning teams, and alumni, with events meant to show support as well as giving everyone an excuse to have some fun.

Homecoming events vary from town to town but at Washburn University we hold to our own traditions.

Burgett was nominated by Alpha Phi. She is the vice president of programming and director of academics for Alpha Phi. Her volunteer work includes the Special Olympics, Boys Hope Girls Hope, American Heart Association, Topeka Habitat for Humanity and Girl Scouts. Burgett is a senior public relations major.

Barrow was nominated by Campus Activities Board. He is the director of recruitment and management for CAB and a peer educator for FYE. He volunteers with Harvesters and Court Appointed Special Advocates ad has served in the Big Event. Barrow is a senior psychology major.

Crume was nominated by Zeta Tau Alpha. He is a member of Sigma Phi Epsilon. He volunteers with Big Brothers Big Sisters, Race Against Breast Cancer, Festival of Trees, the Big Event and Let’s Help. He is a senior math education major.

Schweer was nominated by Washburn Communication Club. She is secretary of the Panhellenic Executive Council. She volunteered with Washburn’s Big Event and Harvesters. She is a senior communication major.

Fenley was nominated by Washburn’s Respiratory Care Organization. He is a member of WSGA, Bod Squad and Student Ambassadors. He volunteers with the Anthony Bates Foundation and the Big Event. He is a senior respiratory therapy major.

Seymour was nominated by CAB. She is a member of ZTA, CAB and To Write Love on Her Arms. She volunteers with the Rainbow House. Seymour is a senior psychology major.

Ho was nominated by Washburn’s Black Student Union. He is a member of WSGA and Kappa Sigma. His volunteer work includes the Big Event, Military Heroes Campaign and Topeka Cycle Project. He is a senior creative writing major.

Carly Willis was nominated by ZTA. She is president of Order of Omega, on Panhellenic Council and ZTA. Her volunteer work consists of the Topeka Rescue Mission, Newton-Salem United Methodist Church Harvesters and Race Against Breast Cancer. Willis is a senior mass media major.

Zach Willis was nominated by Delta Gamma. He is president of Kappa Sigma and a member of Greek Council. His volunteer work includes the Big Event, Let’s Help and youth baseball lessons. He is a senior criminal justice and psychology major.

For more information and to vote for candidates visit www.my.washburn.edu.