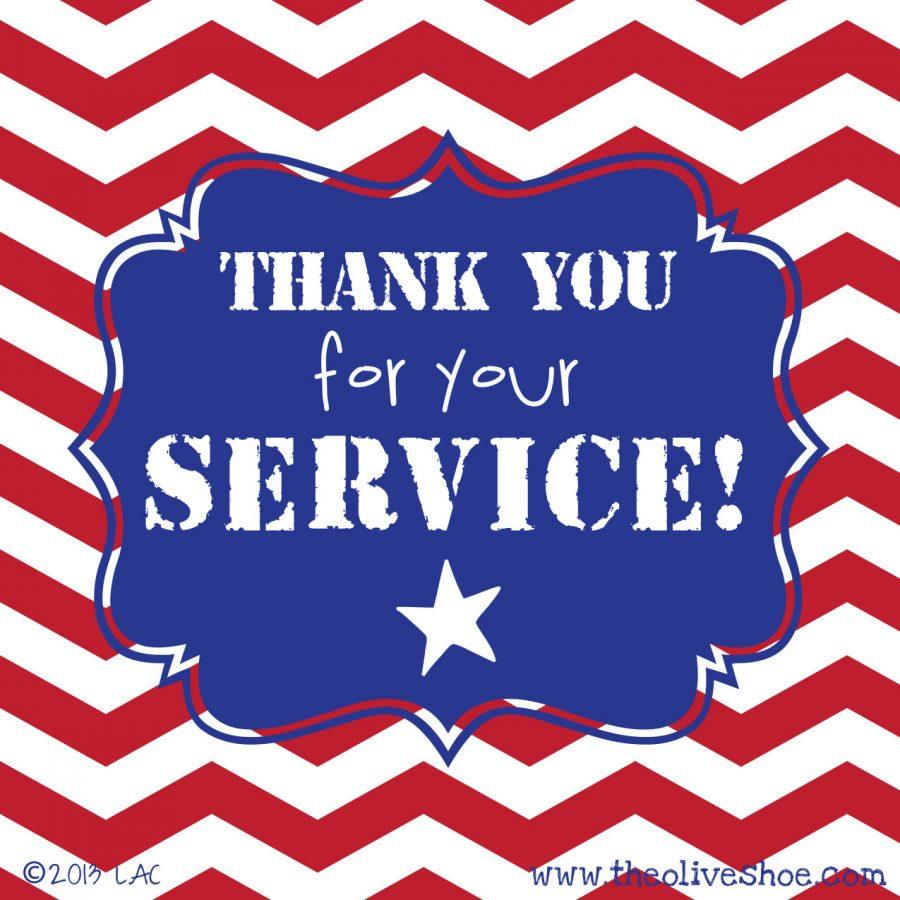 The event is set for 11:30 a.m. on Nov. 11, and will be held outdoors at the Washburn University Vietnam Veteran’s Memorial Site by Morgan Hall. In case of bad weather, organizers have reserved the Washburn Room A&B in the Memorial Union. Washburn invites all members of the community to attend.

The ceremony will include a balloon release for Agent Orange victims, a featured guest speaker and music by the Washburn Rural High School marching band. The Washburn University Army ROTC will assist with a memorial balloon release for Agent Orange victims. The Topeka High Marine Corps JROTC will give a silent drill performance and Washburn Rural’s Air Force JROTC will perform the posting of colors. Shawnee Heights High School’s Navy JROTC will be on hand with the recognition wreaths.

“I would say it’s much more [than a ceremony] because it’s not just an event to attend,” said Jeanne Kessler, Director of Student Services and chair of the Veteran’s Day planning committee. “Our intention is to help the campus be aware of what Veteran’s Day is commemorating. This is an educational institution and people will come to the ceremony hoping to learn more about freedom and what it means to all of us.”

The theme for this year’s event is Wounded Warriors, which is what Melissa Jarboe, this year’s guest speaker, will be addressing. Jarboe’s husband Jamie was hit by sniper fire in April of 2011, which left him paralyzed from the chest down. He later passed away on March 21, 2012.

Kessler explained how the event came about by the activism of student veterans.

“Twenty-seven years ago, there was a group of veterans who had talked with the veterans’ representative on campus and they said they thought there needed to be some sort of memorial on the campus grounds to commemorate the sacrifices made by those Washburn students who gave their lives for their country,” said Kessler. “Their efforts led to the creation of the Washburn University Vietnam Veteran’s Memorial Site and the first Veteran’s Day event, which saw the dedication of the memorial.”

While this will be an on-campus event, organizers feel that paying tribute to the men and women who have served in the Armed Forces is something with which everyone can become involved.

“It took me completely back to my past,” said Desbien. “And I felt a real deep sadness for the fallen soldiers and P.O.W.’s. I don’t usually go there but this parade brought back memories. It brought back nostalgia for my Viet Nam war friends. When they came back it was a different time and circumstance for them than for the soldiers coming home now.”

Desbien served in Germany during the Cold War and has vivid memories of that time. it was a different type of terrorism.

“We would get a ‘Europe Alert’ and all the military in all European countries would go on alert,” said Desbien. “We had to be combat ready. It was really scary.”

The war on terror is still very real and though Desbien played her part in a different conflict, a different kind of terrorism, she reflects on life in our country and perceptions of the military now.

“We celebrate our freedom,” said Desbien. “But I realize what we have to go through to keep our freedom from terrorism.”

Desbien has been fortunate in receiving benefits through the Veteran’s Administration, but only through perseverance on her part.

“Life is good now. I am supported by the VA. The people who do not get their needs met by the VA need to be more proactive and advocate for themselves. That’s what I had to do.”