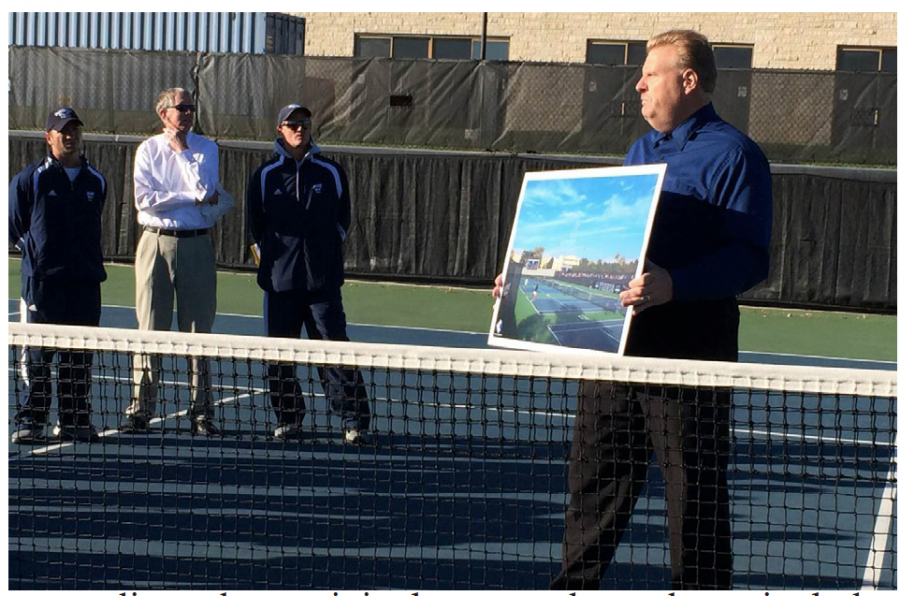 Friday, Oct. 3 was significant not only because of the drop in temperature, but because of the friendly, nostalgic Alumni tennis match held at the Washburn tennis complex.

The Washburn tennis team, the alumni tennis players looking to recall past days when they were playing for Washburn, fans in warm clothing and tennis head coach Lance Lysaught all enjoyed the social, good time get-together, including the taste of burgers, pop and other goods.

The match allowed the alumni players to flash back to former days and play with the current members of the Washburn tennis team. The current players held their traditional spots while the alumni could easily ask for a substitution in case of injury or fatigue even though such privileges contradict the original rules of the game.

The event seemed to spin around the gathering of past and present players, but the zest of the get-together was saved for later. Around 5 p.m. all the participants were invited to stand along the court for the presentation that showed off some of the upgrades to the complex to the alumni and people from the community that are planned to be finished in a near future.

Lysaught underlined some ideas for upgrades that include the development of the scoreboard that will show the scores of all matches that will be present on courts during competitions. Lysaught also added that the main goal behind the upcoming upgrades is for Washburn to have the nicest facilities in the conference.