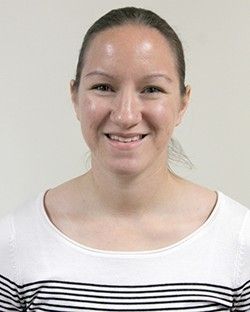 “We are excited to have Brittany join the Washburn family,” Ferré said. “Her experience as a student athlete, with the NCAA and as a lawyer will benefit the athletic department in many ways.”

“I am extremely happy to be part of Washburn University,” said Simmerman. “Washburn is a tight-knit community and steeped with tradition. It is a great fit for me.”

After graduating from Saint Mary-of-the-Woods, she moved on to law school at the University of Indiana Robert H. McKinney School of Law earning her Juris Doctorate in May 2014.

Simmerman has spent time as an NCAA Enforcement Extern where she processed secondary violations from NCAA DIvision I, II and III schools. She also was a compliance extern at the Indiana University-Purdue University Indianapolis athletic department where she worked with student athletes and the NCAA Eligibility Center helping to monitor 16 NCAA Division I sports.

While working as a law clerk for Adair W. Brent, she also externed with USA Football drafting and executing licensing and facility agreements for USA Football camps across the nation as well as helping to review and create sponsorship agreements for the US National team events and USA Football Organization.