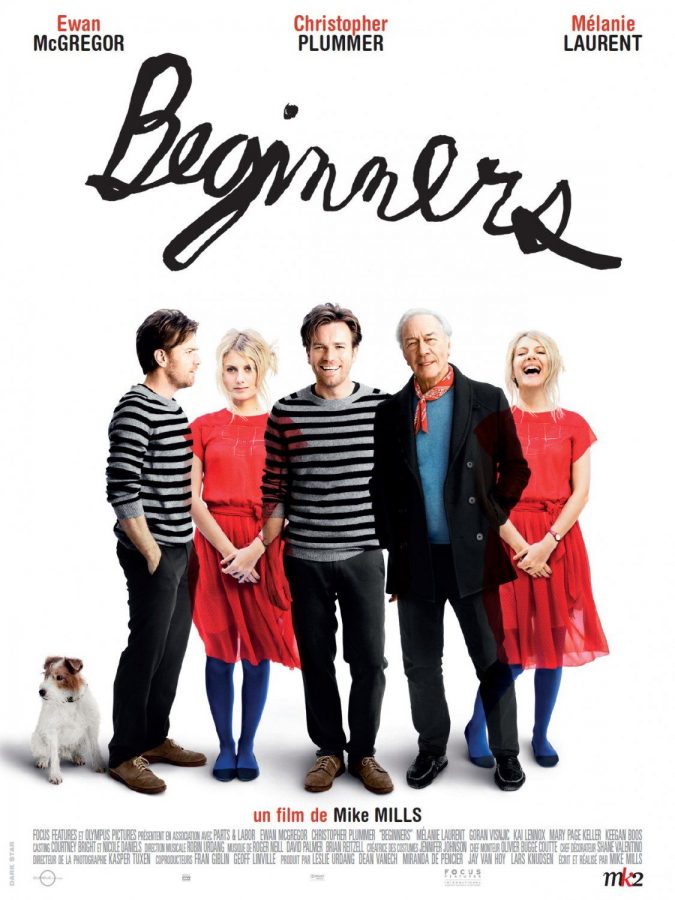 Oliver’s father is played by Christopher Plummer who won several awards for his supporting role in “Beginners.” Among them an Academy Award, a Golden Globe and a Screen Actors Guild award. This movie was a sleeper that at least did not go unnoticed by the awards shows.

Plummer’s character, Hal, contracts terminal cancer but is living his life as if he has all the time in the world, going on buying sprees and rearranging his library in the middle of the night with the help of his nurse. He rewrites the death of Jesus because the Biblical version is just too violent. He has a very young boyfriend (played by Goran Visnjic) who brings him great joy even as he lies dying in the hospital

All of this joie de vivre is bewildering to Oliver who never saw anything near this kind of happiness when he was growing up. The story is told in flashbacks that are captivating enough to keep your attention. It is a retrospective by Oliver, who is sad throughout most of the movie, even when he meets his love interest Anna, an actress, at a costume party where he is dressed as Sigmund Freud and she jumps on his couch for analysis.

The relationship that follows is as quirky as the way they meet.

Anna is played by French actress Mélanie Laurent and she and Oliver both share commitment baggage from past relationships. Laurent plays her part with charisma and appeal. I hope we get the chance to see more of her in the future. She and McGregor have an on-screen chemistry that makes the movie all the more believable.

Oliver inherits Hal’s Jack Russell terrier Arthur, who is a member of the cast with his one-liners in subtitles. Anyone in the movie who talks to him seems to understand him and vice versa, so the audience is let in on the banter.

The soundtrack is appealing and catchy for the tone of each scene in the movie, uplifting with a little 1930’s swing, or a little honkytonk or jaunty appealing melody. It lends an air of lightheartedness to a movie where the main character is grieving and sad all the time.

“Beginners” (2010) is a fun movie to watch and a genuine charmer. See it on Netflix. It is a great date movie.  I give it four out of four stars because it just doesn’t seem to miss a step in its captivating storytelling.