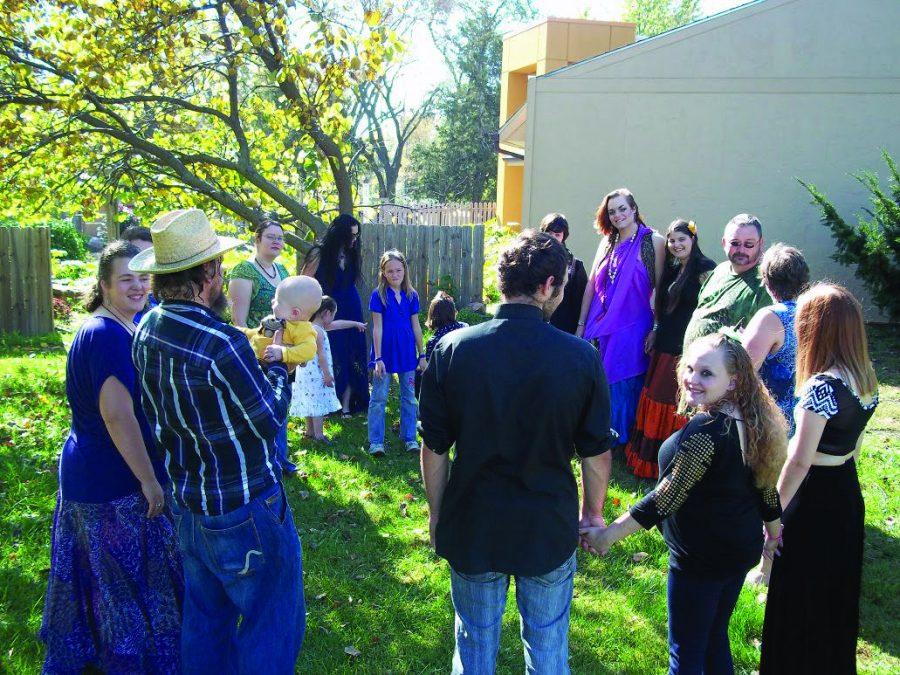 Pagan Pride Day was observed this past Saturday in Topeka at the Unitarian Universalist Church. The celebration saw a larger-than-expected crowd, as well as huge galleries of crafts and art at four different booths around the event grounds.

Topeka Pagan Pride Board Chairwoman of Charities and Fundraising Events Sage Nelson is very happy with the success of the event.

“Given the short time that we had to organize this year, I think it went very well. The actual number of people that stopped by or attended completely exceeded our expectations.” Said Nelson.

In all, 128 people attended, and 125 pounds of food were donated. This food, along with all monetary donations from Pagan Pride Day will be given to the charity Positive Connections, which helps manage the medical cases of victims of AIDs and other various STDs, as well as raise awareness on prevention. Attendees were also given the opportunity to sign the Topeka Pagan Pride Board’s guest book to be entered for a chance to win a prize.

The celebration began around noon, with festivities starting off the proper way with an opening ritual hosted by the Topeka Pagan Pride Board.

The day was filled with music and dance, with folk songs performed by Pagan folksinger and recording artist Papa Joe Credit. Belly dancing was also performed and taught by Vanessa Childs.

A drum circle began later in the day, co-hosted by Papa Joe and Vanessa Childs, which helped add to the lively pace of the dancing.

A Kid’s Corner was also featured, where attendees could enjoy coloring and crafts with glitter.

“We were lucky to have the four great vendors that were able to attend.” Said Nelson.

Meanwhile Enchanted Willow showcased a vast collection of incense in their booth, and starter kits for attendees interested in trying out incense burning. Pirategirl Jewels offered handmade jewelry, with precious stones and glass crafts in their pieces, the majority of which featured Pagan themes.

The vendors all attracted quite a crowd, and many attendees walked away happy with a purchase from at least one booth.

The celebration was finished with a proper closing ritual, followed by a community potluck dinner.

Sage Nelson believes that this year’s Pagan Pride Day was a resounding success, with many walking away with a different perspective on Paganism.

“We are very happy with this first Topeka Pagan Pride Day since 2006. We look forward to growing and expanding next year and the years to come.” Said Nelson.