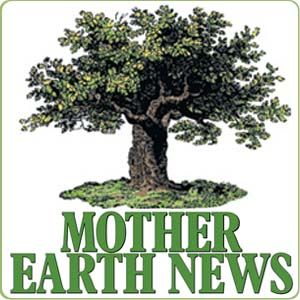 Mother Earth News is a nationwide publication, originating in Madison, Ohio, that began by specializing its content to the 1970s back-to-the-land movement.

The magazine focused on articles written from a do-it-yourself perspective and addressed such matters as gardening, hunting, home building as well as other sustainable ways to live in the world such as clean energy alternatives.

Today there is growing concern about such topics and according to the magazine’s current publisher and editorial director, Bryan Welch, readership has only increased in the last 10 years.

Even though one could say that the Topeka based publishing company is local, Welch disagrees. “There’s nothing local about Mother Earth News,” said Welch. “It’s completely national. We don’t have any particular area of the country where we’re stronger than the other, it’s pretty wide-spread.”

While they have a diverse audience, Mother Earth has found a middle ground that allows them to connect with readers by taking a stance on advocacy issues.

“We have readership among all political leanings,” said Welch.though we do have much stronger readership among those who say they are very conservative or very liberal than we do from those in the middle. We have a tendency to attract those who have a very strong conscience about things and really strong opinions.”

Welch contends that his publication reaches beyond politics and addresses topics that everyone should be aware of.

“Everyone’s conscientious. A lot of politics is just about who looks and sounds like someone you’d trust,” said Welch. “But clean air, clean water, and making a better world for the next generations has a strong consensus among human beings and that’s what we try to speak to.”

Mother Earth News holds four annual events across the country, fairs that include product trials, networking opportunities with like-minded individuals, demonstrations and speakers who seek the opportunity to inform the public about new ways to be sustainable, clean and healthy.

One such speaker, David Gumpert, is a journalist and published author of the book “Life, Liberty and the Pursuit of Food Rights.” The author spoke about topics such as the lack of government oversight of GMOs and the rights of farmers to produce and sell raw milk and raw milk products.

“My goal is to educate people about what I call the food oligarchy,” said Grumpert. “We’re told we have issues of food safety and that we don’t have issues about GMOs, that everything is under control with GMOs.”

“We’re told that raw milk is completely dangerous and unsafe even though there are studies that suggest that raw milk has very important healing qualities in terms of helping kids with asthma and allergies,” said Grumpert. “Because we’re so bacteria-phobic we’re even getting rid of good bacteria as we try to sanitize our society.”

Overall, Mother Earth News tries to inform the public about current ways to live sustainably while acknowledging the budgets that most people have to work.

“Everyone’s conscientious,” said Gumpert. “A lot of politics is just about who looks and sounds like someone you’d trust, but clean air, clean water, and making a better world for the next generations has a strong consensus among human beings and that’s what we try to speak to.”