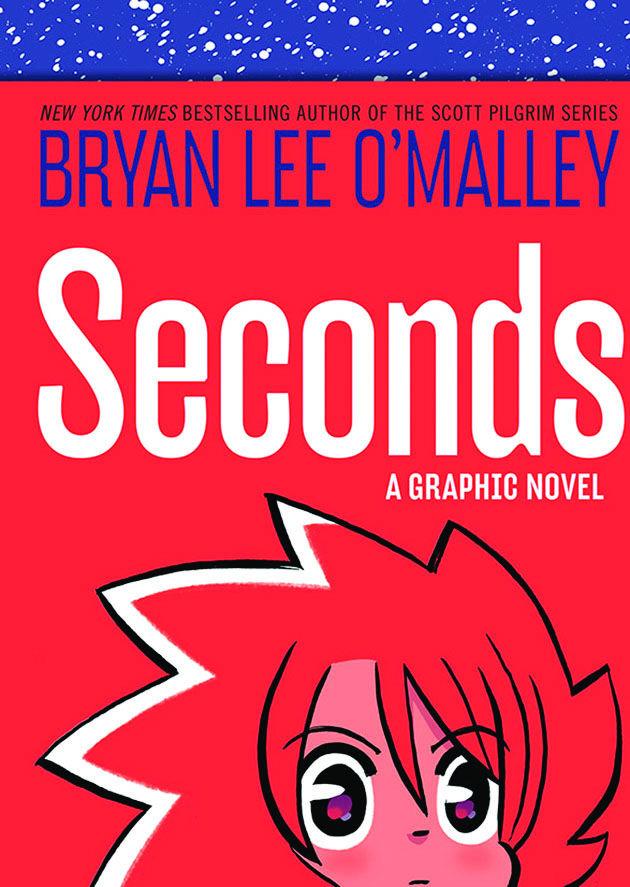 This was a trip. Known best for his cult classic Scott Pilgrim series, Bryan Lee O’Malley did not disappoint with his latest stand alone graphic novel. “Seconds” is set ambiguously in Canada where a young woman named Katie is a successful chef struggling to open her second restaurant on time. That is, until a bit of magic falls into her lap and a ghost girl inadvertently offers her an unlimited number of opportunities to do-over her previous day.

In true testament to Murphy’s Law, every decision Katie makes promptly blows up in her face, and both her professional and personal lives quickly spiral out of control.

The artwork is adorable, highly stylized, and full of colorful explosions of personality. Katie’s narrative was an entertaining one and commands your undivided attention.

She is very immature and oblivious to other people’s feelings, yet remarkably endearing and easy to identify with as she struggles to grow up and take control of her life without shortcuts.

I really enjoyed her habit of breaking the fourth wall and drawing the reader in to make sarcastic side comments.

As fun as this story is, it also lends itself to some truly dark themes, much darker than I had come to expect from the author, which was a welcome surprise.

Some aspects of the plot and its worldbuilding felt underdeveloped and created plot holes that could bug you if you’re a stickler for details.

Katie, while well-written and highly likeable, feels like a female version of O’Malley’s Scott Pilgrim character, which is an issue at times.

While it doesn’t quite live up to O’Malley’s previous works, “Seconds” is a wonderfully quirky, mature comedy and eye candy for the soul which I highly recommend.