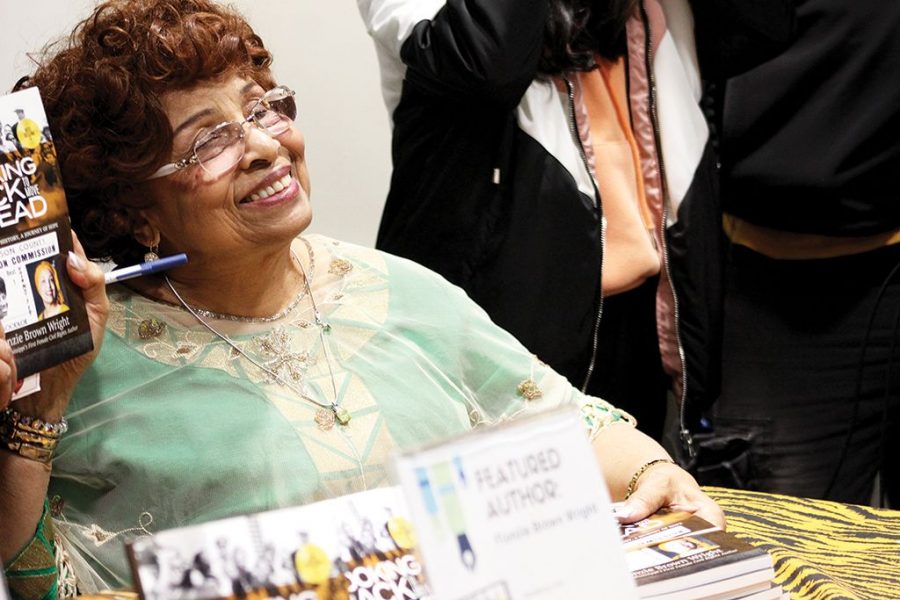 Civil rights influencer Flonzie Brown Wright is unknowingly connected to activist Martin Luther King Jr. and was on campus Monday to share her memories during one of America’s most prominent eras.

You remember the time in public school when names like Dr. Martin Luther King Jr., Rosa Parks, and others came up in conversation. These names give students a small percentage of individuals that impacted the movement from the late 1940s to 1960s.

Born in Farmhaven, Mississippi, Brown Wright graduated from the Institute of Politics at Millsaps College after pursuing concentrations in pre-law, political science and black history.

“We had to be people of character,” said Brown Wright. “You have to do right for the right reason.”

Brown Wright recalled her time working with King during the civil rights movement, and how she decided to act – joining the movement following the assassination of activist Medger Evers.

Brown Wright entered a police station armed with a gun and a message that her children were off limits. A message she will never forget.

“You barely hear of black women within the civil rights movement. You always hear of the men leading in so many movements, and it doesn’t reflect the full truth of what really happened,” said Clarence Williams, senior service administration major.

“Women were the glue, because they protected our brothers,” said Brown Wright.

Following the conversation, copies of Brown Wright’s best-seller “Looking Back to Move Ahead” were sold and signed. Brown Wright also took photos with guests.

“She did a phenomenal job speaking from the heart and connecting with the audience,” said Tracy Routsong, professor of communication studies.

Brown Wright closed with some advice for attendees.

“If your space is no better when you leave it than when you found it, you need to redefine your journey,” said Brown Wright.

Brown Wright’s impact on the civil rights movement is widely underemphasized and unknown — as Wright shared that she’s had the privilege of knowing nearly 85% of the women featured in “I Dream a World: Portraits of Black Women Who Changed America.”

The exhibition, by Brian Lanker, will be featured at the Mulvane Art Museum and will open Feb. 14 to June 13.

For more information on the exhibit, visit mulvaneartmuseum.org.