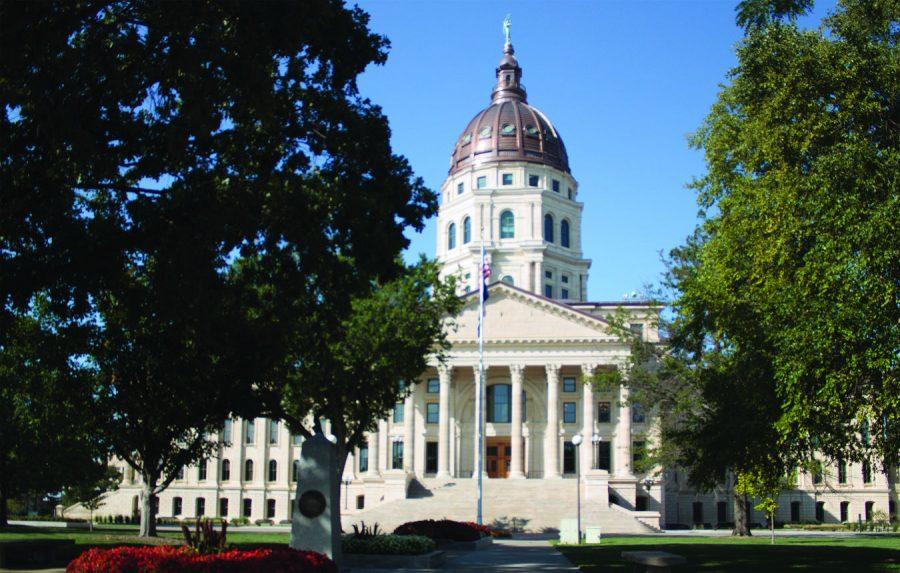 This morning, Thursday, Jan. 29, Kansans woke up in a state celebrating its 154th anniversary of statehood. On this day in 1861, Kansas became the 34th state admitted to the United States.

Kansas Day was first celebrated in 1877 by a group of schoolchildren in Paola, Kan. A number of activities are held to commemorate the day.

Washburn University’s Mulvane Art Museum will host a speaking event in honor of the anniversary.

Julene Bair, author of “The Ogallala Road: A Memoir of Love and Reckoning,” will give a talk on Kansas and the issues facing the future of the state.

Bair grew up in Western Kansas on her parents’ farm. After leaving for the big city, she came to realize how much she loved her home state.

“The openness of the landscape, especially in western Kansas where I’m from, has always taken my breath away,” Bair said. “As a child I often wandered the buffalo grass pastures on our dry-land wheat farm and sheep ranch and imagined the immensity of the prairies when the Cheyenne Indians hunted buffalo upon them.”

Biar says the water from the Ogallala Aquifer supported the Native Cheyenne Indians and other populations for thousands of years.

“It also supported my pioneer ancestors, who couldn’t have settled there without surface water,” Bair said.

The issue of diminishing water is a big topic for Kansas’ large farming population. At the State of the State address in January, Gov. Sam Brownback called on the state legislature to act on proposals to help secure the state’s water supply for at least 50 years.

“We need to preserve what is left and restore what we can of the ecosystem in order to ensure that future generations can thrive in western Kansas and it can continue playing a significant role in feeding the world.”

Bair will be speaking in the Mulvane Art Gallery at 4 p.m. on Thursday

The Kansas Historical Society and the Kansas Museum of History will be presenting a special exhibit called “The Great Soldier State: Kansas and the Civil War.” This exhibit explores the role Kansas played during the Civil War and the impact the war had on Kansas even after it’s conclusion. This museum will also have Kansas artisans there to for participants to speak with regarding crafts and skills from the past, objects from the past that the public can touch, and other performances.