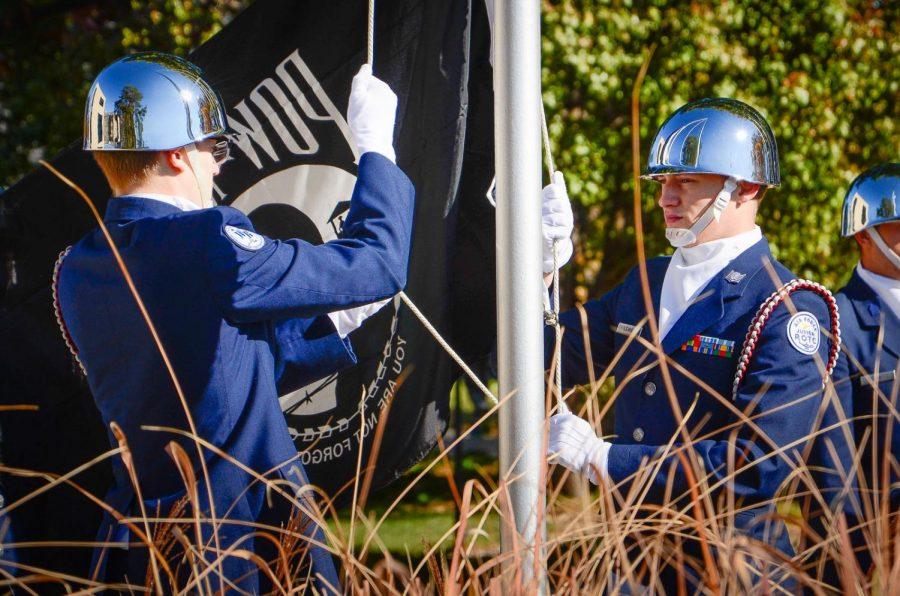 In 2011, while serving overseas, staff Sargeant Jamie Jarboe was shot by a sniper, paralyzing him from the chest down. His wife Melissa Jarboe, now the executive director for the Military Veteran Project, was taken to the Department of Defense hospital where they were treating him for his severe injuries.

Sgt. Jarboe endured numerous surgeries and struggled for his life. He required special surgery on his neck for an injury caused by the bullet. Melissa could see they needed another opinion and petitioned for him to be transferred to a civilian hospital.

After long days and nights of research and care, Melissa found a hospital and surgeon who was capable of performing the procedure. Dr. Stephen Yang had done the surgery many times with successful outcomes at Johns Hopkins Hospital. However, all 72 of Melissa’s transfer petitions were denied.

A ray of hope shined onto the situation. Surgeon General Patricia Horoho was able to help Melissa and her husband get their transfer accepted, and Sgt. Jarboe was sent to Johns Hopkins for the surgery he desperately needed.

Upon arriving at the hospital, Melissa was told that the medical insurance would not cover the cost. But for Melissa, it was not an option to give up. She sold and liquidated anything she could, left her corporate job and cashed out all her retirement funds. This was enough to cover most of the medical bills from the procedure.

Initially, there was an improvement after the surgery, but months passed and Sgt. Jarboe’s condition began to decline. On March 21, 2012, Sgt. Jarboe passed away. Before he passed, he left Melissa with three final requests: to care for fellow service members, to never go back into the corporate world, and to remember how beautiful she was and go on living her life with joy and love.

She has kept her word to him by creating the MVP. Through the MVP, Melissa has been able to reach out and help countless families and veterans. The project provides transitional housing for veterans and their families and comprehensive support services including outreach and assessment as well as emergency services and case management. Melissa explained that the vision of MVP is to empower veterans with lasting results, help them go to college, get degrees and reintegrate them into the community. Rehabilitation and reintegration for combat veterans helps bring veterans and their families back together. To date, the program has assisted over three thousand cases.

The Military Veteran Project has also come up with effective treatments for those who suffer from Post-Traumatic Stress Disorder to improve their function and reduce symptoms. Many of our returning soldiers suffer from PTSD and are overmedicated, making it even more difficult for them to return to a normal life. MVP has come up with several ways to assist and educate veterans, which include planning out a routine schedule, which helps with PTSD symptoms.

A case manager from MVP can aid the veterans with the paperwork for getting into a college. Battle Buddy is another great program MVP has started as a way for veterans going to school to reintegrate smoothly and successfully. Roughly 70 percent of their caseload suffer from traumatic brain injury, many of them caused by IEDs. They use aqua therapy and other treatments to help with day to day life.

Another hurdle returning soldiers face is having their military credentials not recognized by companies, making work hard to find. MVP has been working with several businesses, including West Star Energy, to help transfer the skills learned in the military to civilian jobs.

Melissa made a point of impressing that support for these men and women is vital for them to thrive once they are back in the everyday life. Over the next several years, Melissa would like to be able to have adequate staffing, and to grow and train more men and women for the Battle Buddy system. She also wants to make people aware of VA and Department of Defense cutbacks that are seriously affecting the aid our veterans receive.

“We’re training men and women how to come home from war, and reminding them they are the pillars of the community,” Melissa said when asked about the impact MVP is having on veterans and their families.

The MVP and Melissa Jarboe have come a long way since 2012 and continue to support and make a difference in the lives of many through their numerous programs.