‘The Vagina Monologues’ coming to Washburn 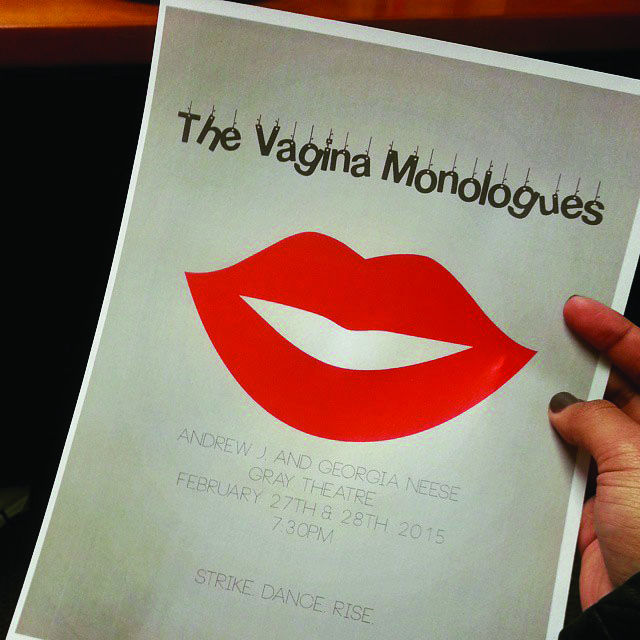 According to director Heather Ives, “The Vagina Monologues” is exactly what it sounds like — a show featuring a number of monologues all surrounding the theme of vaginas.

The monologues themselves range from silly to serious to quirky. Overall, specific monologues are used consistently from year to year, however this year a very popular monologue entitled “My Short Skirt” is being re-inserted into the show.

The Vagina Monologues don’t only aim to inform, speaking on behalf of vaginas. Venues who are hosting the show from Feb. 1 to Apr. 30 work together to participate in what’s referred to as the ‘V-day movement’. Participating shows, like Washburn, will stage benefit performances or host other related events.

“The show we’re putting on is a part of the V-Day movement. Those who want to come see the show are encouraged to come early and check out the informational fair before. There will be booths with representatives from the YWCA, STARS Topeka, and more,” Ives explained.

In addition to participation in the V-Day movement, Ives pointed out that the show would sometimes have a spotlight piece that highlights an area of the world where women are in need of help. In the past, such spotlights have benefited the women of Haiti, women of the Congo and other areas in the world. She explained that since there is no spotlight piece this year, 100% of the proceeds go directly to a local organization in Topeka. This year, the organization that will receive the money is the Topeka organization called Stop Trafficking and Reject Slavery, or STARS.

As for the participants, Sarah Minneman, Washburn University student and actor, enjoyed being a part of the show this year and felt she had a positive experience while working on the production.

“The show is really interesting. It’s all about empowerment and bringing awareness to issues that come along with having a vagina; It’s not normally something that’s talked about a lot, people don’t normally just talk about their vaginas,” Minneman said, adding, “There’s a lot of happy moments, sad moments and everything in between – It provides all of the emotions.“

Ives felt the same and expanded upon the complexity of the Monologues.

“The Monologues contain some difficult pieces. The set of ladies in this show are talented, intelligent and have worked so hard on their pieces. Each one of the ladies in the show has really done some good work with what they have. I’m proud of the work they’ve put in,” Ives said.

Minneman, a past viewer and recent performer, felt that her experience was different as a participant, but no less meaningful.

“It’s a different experience, being in the show rather than just watching it. You get to see more. It’s definitely fun to be a part of and it’s fun to watch too! So, people should watch it,” Minneman urged.

The Vagina Monologues will show Feb. 27 through Feb. 28, at 7:30 p.m. Tickets are free for students with a suggested donation. To facilitate ticket purchases, a booth has been placed in the Union. Students will also be able to pick up buttons, bracelets and be able to decorate their own vagina cookies.