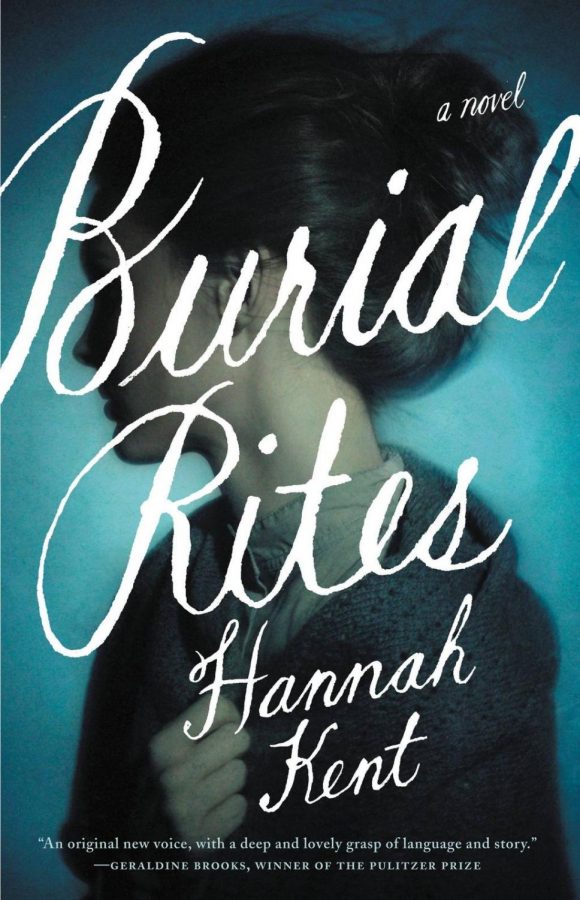 This story was a sobering experience.

The debut novel of Australian author Hannah Kent, “Burial Rites” is a historical retelling of one of Iceland’s most famous murder trials. The story was set in rural 1830s Iceland, where a woman named Agnes and two others stand trial for two gruesome murders, going down in history as the last cases of capital punishment in the country’s history.

Before sentencing, however, Agnes is sent to live with a district commissioner and his family on their farm where tensions run sky high for her six month stay.

Let me say right off the bat that this novel was bleak. 19th century Iceland had a desolate, icy landscape, and Kent wrote it so vividly that the frozen farmland became its own character.

Kent did such a great job of creating an engrossing, haunting atmosphere by switching between Agnes’s first person present tense narrative and various other characters’ third person past tense.

Not only that, but the inclusion of translated historical documents added an interesting contradiction to Agnes’s account of what happened, which leads you to wonder how much you can truly trust her.

The reader knows from page one that Agnes will not survive the story, but as more and more of Agnes’s past was revealed, you couldn’t help but sympathize with her truly awful situation and hold out some hope that she had a happy ending.

Agnes’ motivations throughout the story were somewhat obvious, though, and her character could have done with more moral ambiguity, but I defy anyone to say she wasn’t extremely interesting main character.

I would have liked to see better fleshing out of some of the secondary characters as well, but what we were given created a robust supporting cast.

Fair warning to the faint of heart: skip this book if mature language and moderately explicit situations bother you. It’s not rife with them, but they aren’t something you just skim through either.

End of the day, while I wish Kent had taken more creative liberties with her characters and thought about condensing her number of narrators, this novel was quietly intense and intelligent, an overall polished novel.