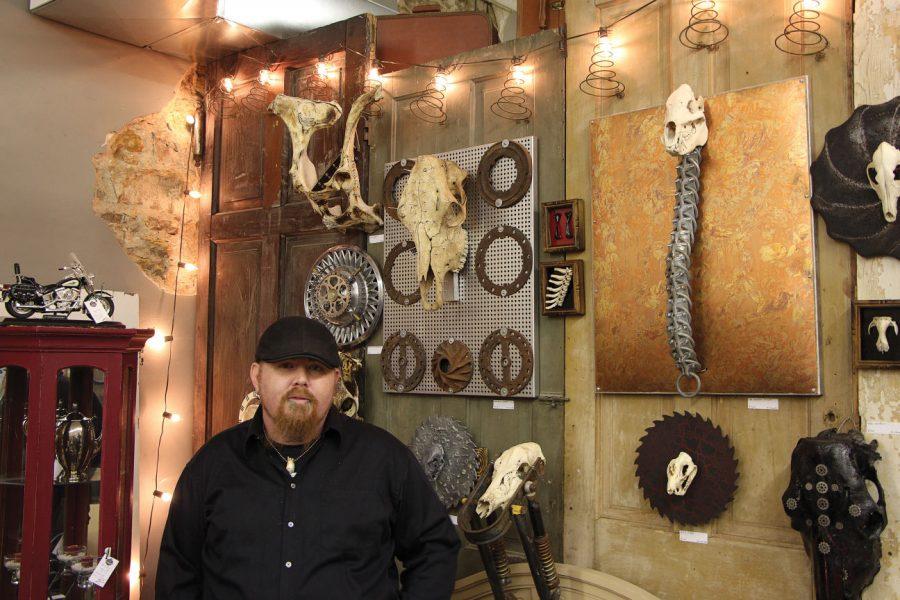 While the weekend before Valentine’s Day might seem a little early to grab a date and hit the town, that didn’t stop a parade of local artists and art lovers from taking to the streets of Topeka for an unseasonably warm First Friday Art Walk.

Par for the First Friday course, the NOTO Arts District in North Topeka and the downtown area were both bustling with action.

Downtown retailers and businesses held their annual Valentine’s Day Chocolate Walk and offered a smörgåsbord of chocolaty treats – including a chocolate fountain, chocolate wine and chocolate beer – for attendees. Topekans strolled in and out of The Merchant, BOHOMojo, Hazel Hill, NexLynx and more for sweets and visual treats.

North of the river, NOTO-based galleries and shops hosted a wide variety of artists and performers. While the sidewalk performers and street musicians that frequent the district remained in hibernation for the winter, the shops themselves remained packed throughout the night.

“It was a great experience and I met lots of new people and put names to faces I had seen around the district for ages,” Smith said. “I am excited and felt honored to finally make my debut in NOTO at Matryoshka. The amount of support I received was a blessing and a fabulous surprise!”

Held on the first Friday on every month in NOTO, downtown and at various locations across Topeka – including the Mulvane Art Museum – the First Friday Art Walks have become a popular outing for supporters and contributors to Topeka’s blossoming arts scene.