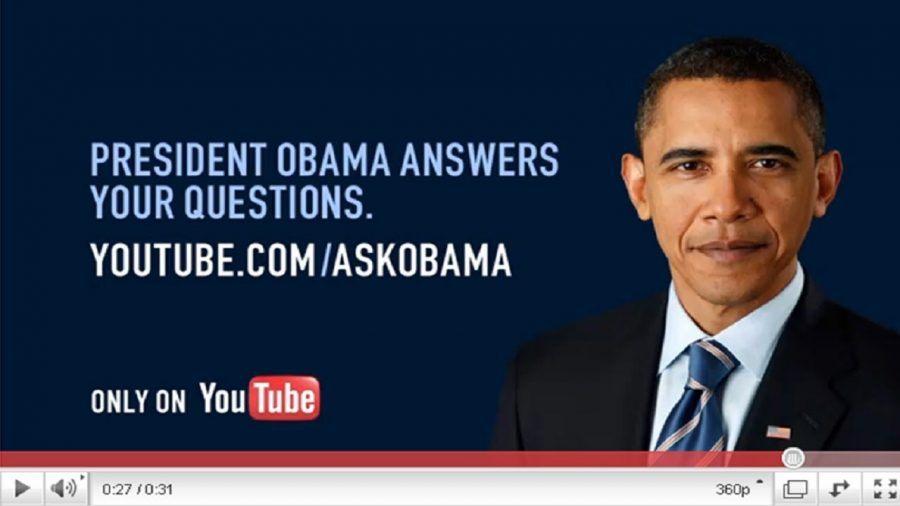 Katie Wade is a history and mass media major

Moments after President Obama spoke at the University of Kansas on Thursday, Jan. 22, in regards to his State of the Union address, he was whisked away back to the White House where three YouTube creators had the once in a lifetime chance to interview the president.

“Our history shows that when people get involved, when they get engaged, when they vote, in fact, change does happen,” said Obama.

The live-streamed event was hosted by Steve Grove, director of the news lab at Google.

Hank Green is known for the channel Vlogbrothers, which he shares with his brother John. The two have been heavily involved in creating a wealth of educational content on YouTube. Green, who lives with chronic ulcerative colitis, mentioned how Obama’s healthcare initiative allowed him to finally afford his medication and brought a photograph of himself holding the receipt from his pharmacy.

Bethany Mota hosts a lifestyle channel geared toward millennials and younger generations. She asked Obama about his plan to make college more affordable and why it was important for students to seek higher education.

“College remains the best investment you can make,” said Obama. “If you want to do anything right now in this 21st century economy you’re going to be measured by how much knowledge you have and how adaptable you are to changing circumstances.”

GloZell Green calls herself the queen of YouTube and mother of the Internet. While better known for her crazy challenge videos and outrageous antics, she also brings to light important topics in popular culture and society.

Green asked Obama about his legacy as a president and the mark he will leave after his time in office. Obama noted that while he believes that much has been accomplished, there is still far to go.

“We saved an economy that was on the brink of depression,” said Obama. “We’ve created 11 million new jobs. We’ve doubled clean energy. We’ve reduced pollution. We’ve made sure that more young people can go to college. We have given, now, so far, 10 million people health insurance that didn’t have it before and that’s going to grow over time…but we still have challenges.”

As for the legacy he intends to leave behind, Obama had this to say:

“Hopefully it’ll be one in which I’m making sure that everybody in this country can succeed.”