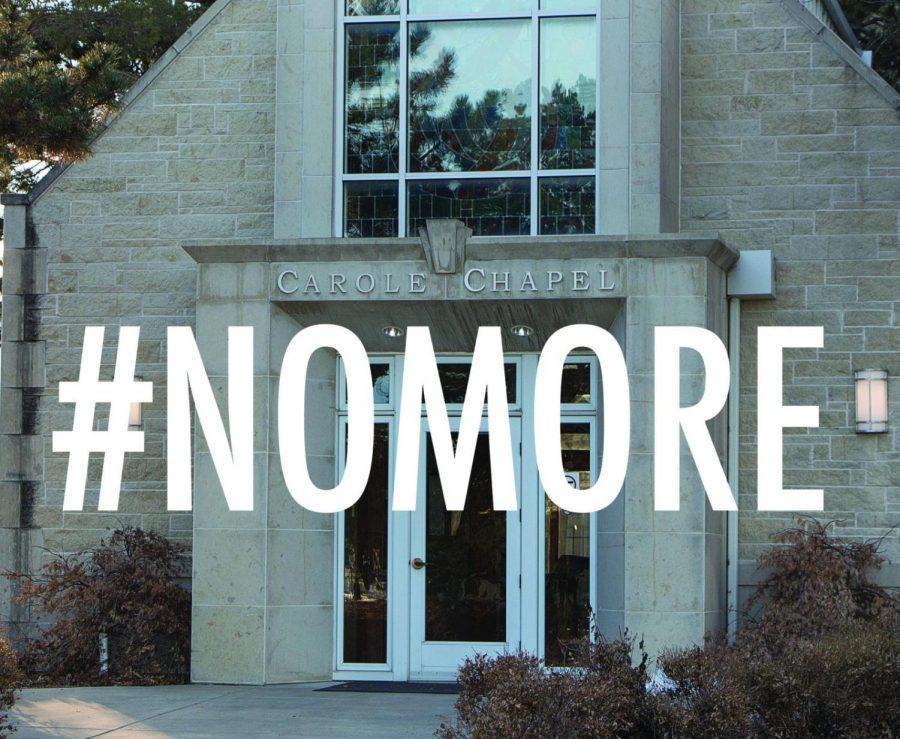 After an alleged sexual assault was reported at Washburn’s Carole Chapel last month, students across campus have voiced their concerns, not only for their own safety, but also about the way in which the university handled the event.

To unify their voices, Washburn student organizations STAND WU and TWLOHA will hold a vigil to honor victims of sexual assault on Thursday, March 5 at noon in front of the chapel.

“This is not necessarily a direct reaction to the incident, but it was the tip of the iceberg, said junior BFA Christian Sauerman, one of the organizers of the vigil. “We need to bring more attention to this, but in an appropriate manner. With sexual assault, and assault in general, there are always going to be gray areas, it is not black and white; that’s where we have to be careful.”

Among the concerns Sauerman and others hope to address is the university’s decision to not send out a campus-wide iAlert after the assault was reported.

“With the iAlert system, there’s got to be a way to keep students informed without breaking any confidentiality,” Sauerman said. “We want to bring attention to the fact that this is serious. However Washburn deems fit to appropriately handle the situation is fine, but we have our own view.”

News of the alleged assault came to light on Friday, Feb. 20, but it was not until the following Wednesday that Washburn president Jerry Farley released an official statement, via email, about the incident. In the email, university officials stated that, “given the circumstances of the case – there was no threat to the campus community.” The email also stated that officials would review campus policy regarding the timely notification system.

However, some students feel that the statement was too little, too late.

“The Carole Chapel incident may not have been an imminent threat, but we should have been notified. Not necessarily given any names, because this is a very sensitive issue, but at least let the students know, ‘An alleged incident happened at this time.’ This isn’t something that should just leak out,” Sauerman said. “If you look at the email that was sent out, it started with, ‘As many of you are now aware…’ That’s a huge indicator that says, ‘Obviously you guys have found something out, so we have to give a response because everyone is upset.’ It’s about being able to protect the integrity of the situation, the victim and the perpetrator, but making sure the students are notified so they don’t think they’re left in the dark.”

At Thursday’s vigil, students will have the opportunity to express their concerns over campus safety issues. After which, organizers will draft a letter to Farley and other university officials outlining those concerns. The letter to Farley will also include an invitation to a rally, which is tentatively scheduled for Thursday, March 12.

In addition to raising awareness to campus safety issues, organizers hope that the vigil will bring students together in a healing manner.

“This is a vigil of comfort where people can share their concerns and experiences, or just listen,” said mass media major Farai Harreld.

STAND WU has two speakers scheduled to address the crowd at the vigil. Washburn student and 2015’s Miss Greater Topeka Misha Reed will speak on the platform of “Ending Rape Culture…Education of Consent.” Rev. Joshua Longbottom of Topeka’s Central Congregational United Church of Christ is also scheduled to appear.