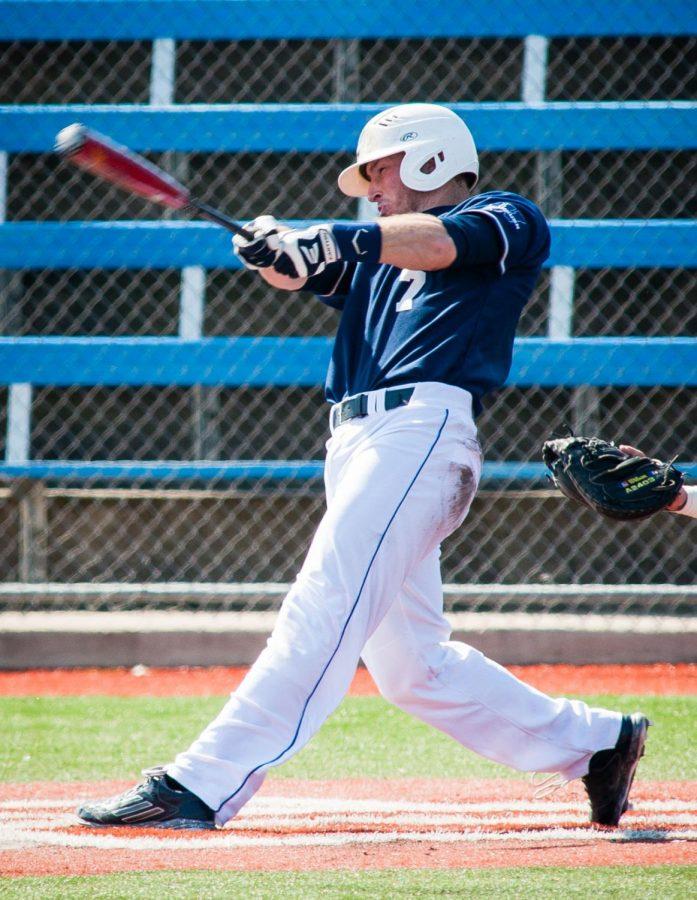 Catcher David Gauntt swings scoring his second home run in game one against the Griffins.

The second game of Washburn’s doubleheader with the Missouri Western Griffons started out much less explosive than the first, with both teams heading to the dugout scoreless after the first inning.

Missouri Western was the first to put a point on the board, coming in the top of the second.

Washburn was unable to respond, and Missouri Western increased their lead to 2-0 in the fourth inning after placing a runner on third and driving him home with a single.

To the Bods’ dismay, Missouri Western’s one point in the fourth inning was only the calm before the storm that they unleashed in the top of the fifth.

After Missouri Western was granted loaded bases from a walk, a double sent two runners home. The double left runners on second and third.

By the end of the inning, Missouri Western brought six batters home, giving them a dominating lead of 8-0 over the Ichabods.

Washburn was unable to fight back.

The Griffons continued their onslaught in the top of the sixth inning, with back-to-back doubles driving in two runs, setting their score in the double digits.

Another single drove a runner home, burying the Bods under an 11-0 score.

The Ichabods got a chance to climb back in the bottom of the sixth, with the batters starting near the top of the lineup.

After Riley Krane fouled out, Kyle Carnahan was walked. Following a double from David Gauntt, Carnahan moved to third. Connor Crimmins hit a fly ball to the outfield, but it allowed Carnahan enough time to tag up and make it home.

But that was the only point the Bods would score in the sixth inning.

Washburn shut out Missouri Western in the top of the seventh, giving them one last opportunity to score at least 10 points to tie it up.

But with one out and two runners on base, Washburn hit a line drive that ended in a double play.

Washburn fell to Missouri Western, 11-1, setting the series record at 2-1 in the Griffons’ favor.