Anonymous racism is still racism – we can fight back 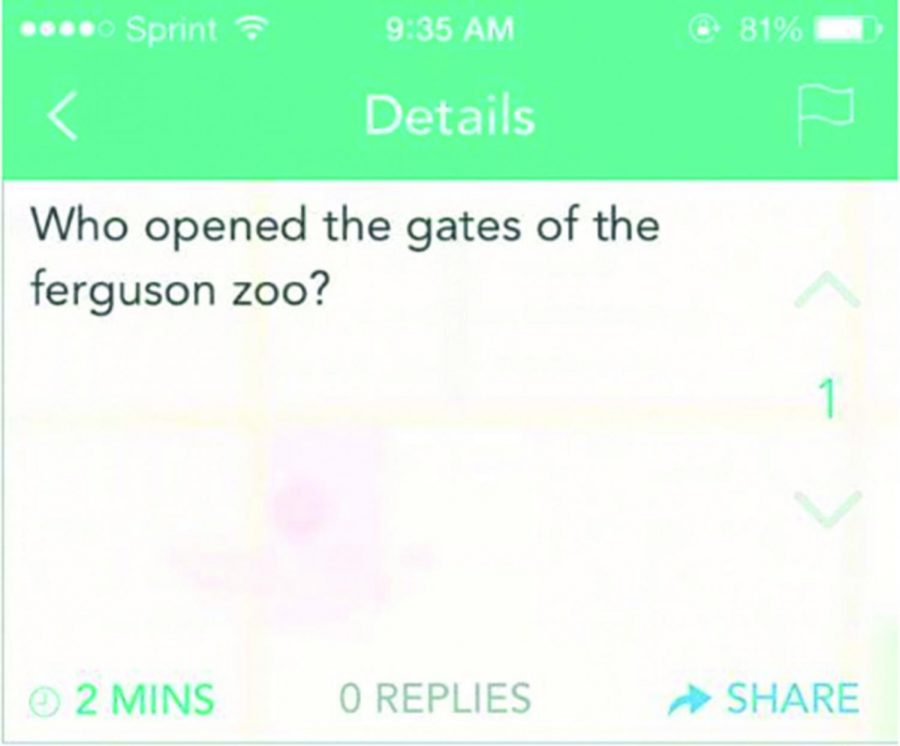 Anonymous racism on is prevalent on Yik-Yak. If racist jokes, or pure racism offends you, speak up. Silence breeds oppression.

This might be shocking to some, maybe not so shocking to others, but this is one of many anonymous comments left by Washburn students last semester on the infamous Yik-Yak phone app.

BSU had organized a flash-mob, meant to inform all students of the resources avaliable to them on campus, and for hours after their preformance students on our campus left a spectrum of degrading, hurtful and racist remarks.

For those not familiar with Yik-Yak, the application allows anyone within a small radius within a city to make anonymous comments. Others with the application can then read, reply, up vote or down vote these comments, so comments often times turn into a forum to bully, inappropraitely sexually proposition or intentionally offend others ‘just for the fun of it.’ Many members of the student body explain away the most negative comments with a shrug and an excuse, “That’s just what happens on Yik-Yak, just ignore it.”

We, as a campus, can’t just ignore this behavior anymore. The recent Oklahoma University incident has chilling parallels that many would also try to ignore and shrug off, but they still remain relevant to this discussion.

This incident was semi-anonymous, the students who participated in singing the racist chant believed that no one outside of their group woud be able to identify their blatant racism, and so students felt no fear to join in. Much like Yik-Yak, in which users can feel free to allow racist and antagonistic comments to pass through with little to no objection.

This is not a new idea nor is it one that you should pass off as invalid or not your problem or responsibility.

These incidents at our school seem lesser compared to the in-your-face drama that the national news reports, but how do you think that these students from OU felt comfortable enough to speak that way among their peers? Could it be because one day when they decided to test the waters to see which behaviors were acceptable their racist comments were most likely ignored?

If any of this offends you, fight back! Delete the app and go learn about a culture that varies from your own. Don’t allow your silent presence to further the bullying of others. Speak out, inform, communicate, do whatever you feel you can, but please don’t accept things that you know are wrong to pass by with no consequences.

This will help not only be meaningful to the BSU community, but also to everyone who has ever been the victim of bullying.