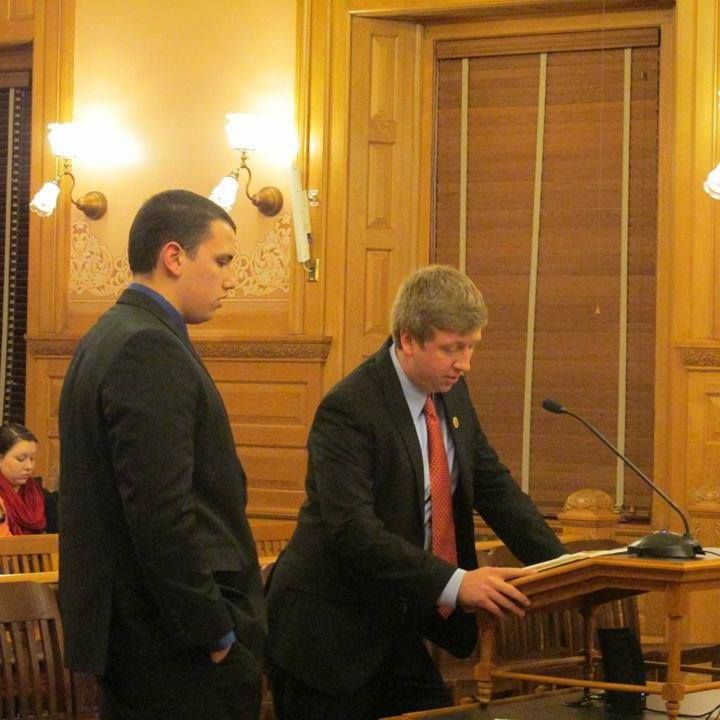 Blake Porter speaks at a WSGA meeting. Porter was announced Friday as the WSGA president for the 2015-2016 school year.

The Washburn Student Government Association announced Friday the winners of the 2015 spring elections.

Porter received 397 votes, more than the other two candidates combined.

This year’s race was drastically different than last year’s, as the 2014 WSGA elections had only one presidential candidate.

With multiple candidates this year, a debate was held in Mabee Library during which all three candidates discussed their platforms and issues affecting students.

Porter said his platform was built on the theme of “Regroup, Recharge, and Reinvest.”

As president, Porter plans to make a clear distinction from the outgoing White/McAfee administration. He said he wants to get away from the policies that get pushed through and focus more on students and their concerns.

Porter wants to reinvigorate school pride, “make the Ichabod more visible on campus” and ensure that students know where to go if they need funding for student organizations as well.

Porter served on the White/McAfee executive staff as the budget director. He also currently serves as the president of Kappa Sigma: Gamma-Nu fraternity.

Twenty-one senators were also elected, with many returning but many new faces as well. Alexa Bowen received the most votes in the senatorial election with 355.