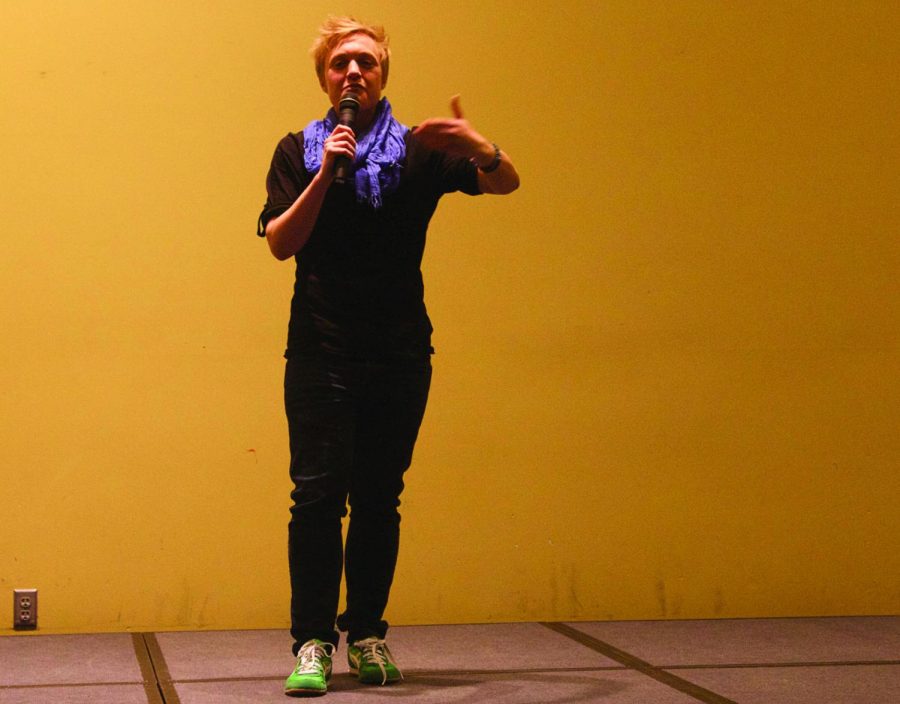 “What other comedian do I look like?” asked comedian Emma Willman, who commented on her striking resemblance to famous comedian Ellen Degeneres.

Willman performed at Washburn’s Bradbury Thompson center March 3 at 7 p.m. Willman was dressed casual in her black t-shirt and bright green sneakers and instantly got the crowd laughing. Her relaxing yet hilarious comedic style pleased the crowd as she told stories about online dating, her vertically challenged stepmother and her childhood memories. Willman remarked on the difficulties she had as a child when picking out large pant sizes in stores, saying that she wished there were cookies in the pockets of the bigger-sized pants.

“I just loved when she was talking about when she was a fat kid,” said Hillary Ronnebaum, an undeclared freshman. “I liked how she kept it casual. It felt like she was just having a normal conversation with us.”

Willman connected with the audience by talking about her college days when she studied philosophy and communications. Willman also involved the audience by asking spectators about their majors and dating lives.

Willman gave the audience advice about the dating app, Tinder, saying that the app has helped her enter relationships.

Erickson said her favorite line from Willson’s show was, “I’m single because of my schedule and my personality.”

“That was so funny,” Erickson said.

Willman closed her show by asking the audience members for questions.