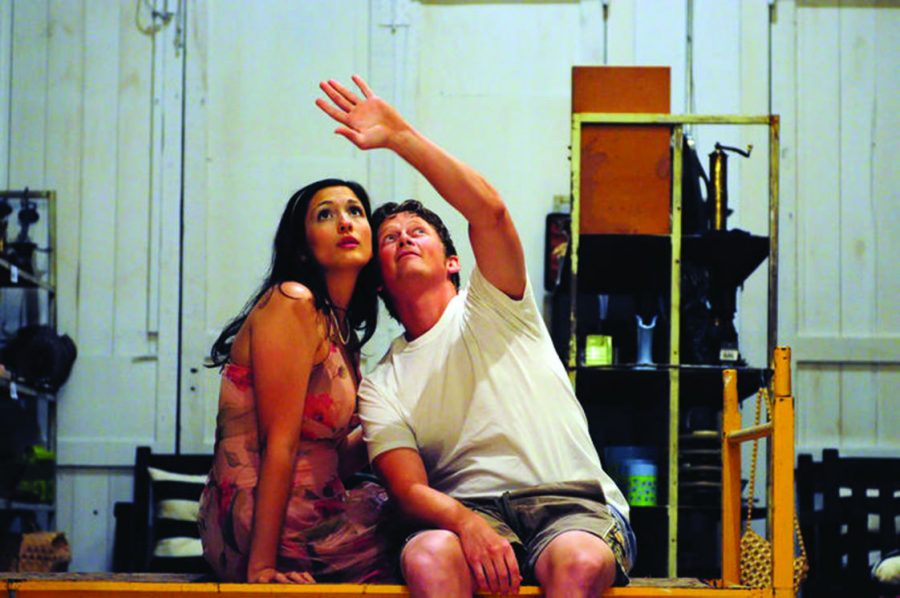 Topeka is a city with a rich history in fine arts and theater, with big names like TCT, the Topeka Community Theater, and TPAC, the Topeka Performing Arts Center, taking the main stage, smaller theater groups are often left unheard of.

One such gem is the up and coming Ad Astra Theatre Ensemble. With humble beginnings and a passion for celebrating local playwrights, Ad Astra has the potential to hold its own in the Topeka big leagues.

“In 2010, I and about five of my friends decided that we wanted to produce different types of shows that weren’t being done here in this community. And we all came together with an idea and produced two shows over one summer and that has developed into a bigger then each year. Now we are officially a nonprofit doing a full year long season,” said Craig Fisher, co-founder and member of the Ad Astra Theatre ensemble.

Because the group is only in its sixth season there are some challenges faced by the ensemble.

“The challenges, I think, are the fact that we are doing things that people haven’t necessarily heard of. That’s a challenge for an audience because an audience may not know what we’re doing so they may not plan on coming to see it,” Fisher said.

Another difficulty mentioned by Fisher was the challenge of drawing in actors to audition for lesser known plays. One way the ensemble works to combat the obscurity of some of the scripts is through advertisement and social media.

“We really work to make sure that we tell people what the shows are about, we advertise,” Fisher said.

Another important difference between Ad Astra and some of the larger theaters in Topeka is the way in which they fundraise. Each year the ensemble puts on a 24 hour play festival. Over the course of 24 hours, directors, actors and playwrights meet together and compose, memorize and perform six to seven completely new plays.

“It’s an idea that began and is trademarked by a theater company in New York, and it’s filtered down through many smaller theaters throughout the country. We brought the idea up on our third season to essentially do it as a fundraiser for the theater. It was a huge success and the actors and the playwrights all really loved getting to create six or seven new pieces over the course of 24 hours. We have strived over the past two years to shine light on or create new original work within our community, so we’re creating new plays or finding local playwrights and helping them produce their work, this has kind of helped us find a way to do that,” Fisher said.

Fisher said for anyone interested in being a part of the theater or volunteering the easiest way to get information is to visit adastratheatre.com.

“There is a volunteer section on our website and a little form that you can fill out if you are interested in volunteering,” Fisher said.

Other means of getting in touch with the group include Facebook, Twitter, email or face-to-face at one of the shows.

“Give us a heads up as to what you want to do and we can always find a place for you,” Fisher said.