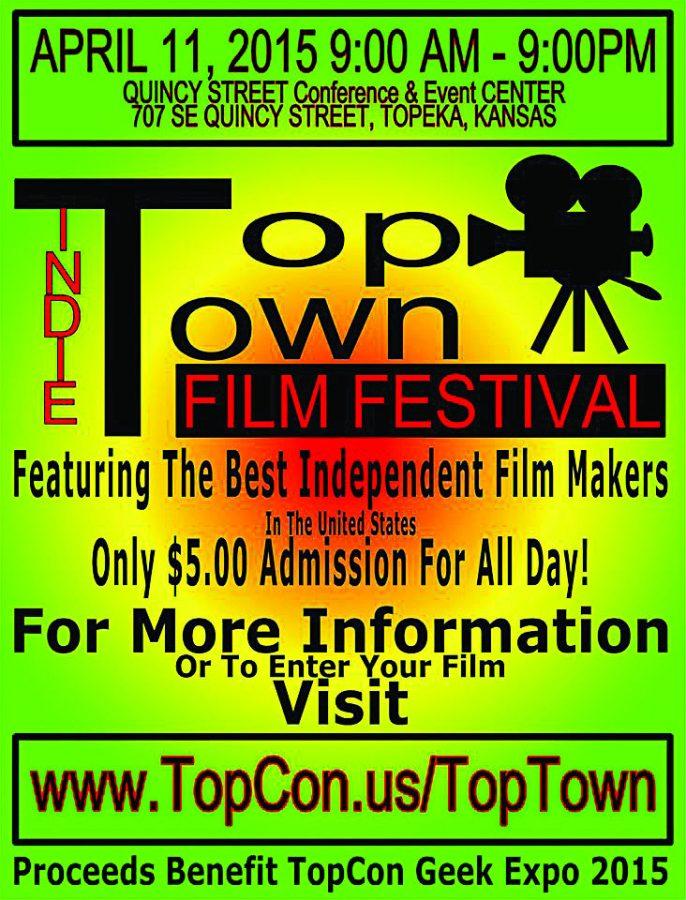 On April 11, TopCon will be hosting the Top Town Indie Film Festival at the Quincy Street Conference and Event Center.

The man who created TopCon, known as The GYPSY, came up with the idea to do the indie film festival. Growing up in Topeka, he has many fond memories of walking downtown on summer nights to his favorite comic book store and buying candy.

The GYPSY has ideas to rejuvenate the area. One of those ways is to create opportunities for people to showcase their talents.

He talked about the motivation he has and the encouragement he received from family to start TopCon. He decided this was what he wanted to do, and he made it happen. TopCon was created, and the ideas have continued to spill out, with the indie film festival coming up and several other events that will take place this fall.

“My desire [is] to not only create, but leave my mark on the world and make my world a little better,” The GYPSY said.

By generating a chance for the people of Topeka to be involved and attend events like TopCon and the indie film festival, The GYPSY thinks the downtown Topeka people know of will begin to look a little different and a little better.

The GYPSY is hoping the indie film festival will inject some creativity and fun into the downtown area along with supporting the TopCon event this September.

They will be featuring independent filmmakers and three films will be shown at TopCon.

Both TopCon and the film festival will feature tributes to legendary actor, director, writer, poet and singer Leonard Nimoy, who passed away in February at age 83. Nimoy was best known for his role as Star Trek’s Dr. Spock.

In addition, the filmmakers featured will get a free three-day pass to the TopCon event. Each film is judged by artistic quality, continuity, story, social relevance and acting. The GYPSY said that the judging process isn’t anything complicated.

“We’re looking for something enjoyable for people to watch,” The GYPSY said.

The GYPSY spoke about the amount of talent that is in the film world and his desire to peak people’s interest in film and give the opportunity for them to show off their work.

Many well-known directors, producers, and other film gurus started off small. Tim Burton’s original Frankenweenie, for example, started as just a short black and white film.

The GYPSY described how someone could have great talent but if you don’t go out and make things happen and accomplish your goals then no one will ever be able to experience your gift or ability.

“I want to spread the word and peak people’s interest in film,” The GYPSY said.

For students wanting more information about the Top Town Indie Film Festival or are interested in submitting a film of their own, visit topcon.us/toptown.