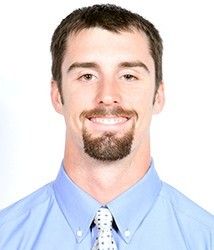 The Washburn baseball team is off to one of the best starts in the program’s history. The team has opened the season with 14 straight wins and consecutive sweeps over conference opponents. There is a lot of buzz and excitement around the baseball program right now, and one of the team’s most experienced players is senior Connor Crimmins.

Crimmins is from Topeka and went to high school at Shawnee Heights. He decided to come to Washburn to play football and baseball for the Ichabods. So far, Crimmins has gotten a lot of playing time during his baseball career at Washburn. He is a fourth year starter for the baseball program and this year he starts in right field. After 14 games this year, Crimmins has a .313 batting average, 18 RBIs and two home runs.

When asked about how he has adjusted to a new head coach this season, Crimmins explained that it has gone smoothly because coach Harley Douglas was an assistant coach his first three years at WU.

With this being his senior year, Crimmins is a vocal leader for the team, along with fellow senior Corey Gragg.

According to Crimmins, one of the keys to the team’s 14-0 start has been the team’s mentality, their desire to win and their motto “Let it fly.” The phrase “Let it fly” was something that former coach Steve Anson used to tell his players and the saying has special meaning to the this year’s team. He also claimed that one of the team’s greatest strengths is that they are a close knit group and have all bought in to the system that Coach Douglas has created.

On an individual basis, Crimmins says the best contribution that he brings to the team is his experience and knowing what to expect from each team in the MIAA. Even after starting 14-0, the team’s expectations are still the same. The team came into the season with high expectations and expect to keep competing and winning more games.

Crimmins does not have any specific individual goals, but instead values team goals. He says his goal is to win the MIAA and be a part of the first team in Washburn baseball history to do so. Crimmins knows that the MIAA is good top to bottom, but the teams to beat are always Emporia State, Missouri Western and Central Missouri.

Crimmins’ favorite team to play against is Emporia State because it is a rivalry game and always has a lot of meaning and intensity.