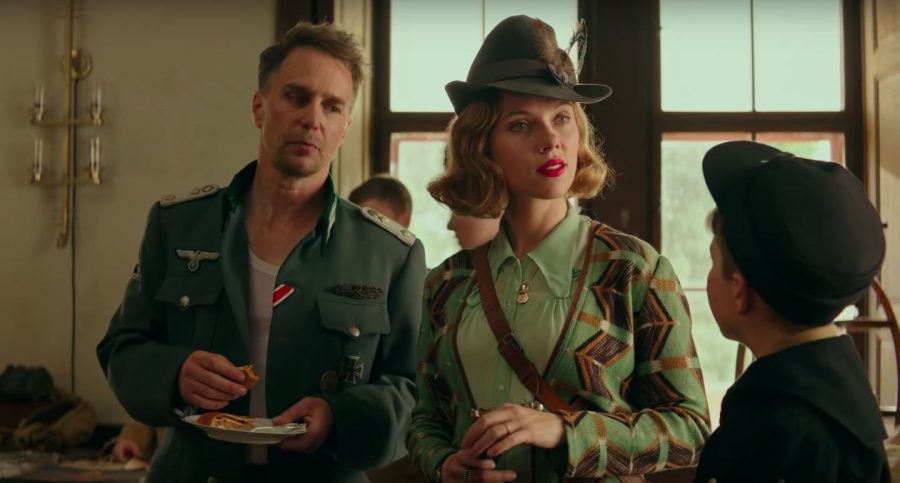 By all accounts, 2019 saw the release of yet another excellent if unconventional feel-good movie.

Last week, I was finally able to catch a showing of “Jojo Rabbit,” from the director of “What We Do in the Shadows” and “Thor: Ragnarok,” Taika Waititi.

Critically acclaimed, it has been nominated for a slew of awards, including an Oscar for Best Writing Adapted Screenplay. The film was originally released Nov. 8, 2019 but returned to theatres following a successful award season.

I won’t reveal much of the plot, but the basic story is that of the titular Jojo ‘Rabbit’ Beltzer (Roman Griffith Davis), a dorky young German boy who is a member of the Hitler Youth, with his dream to be part of Hitler’s personal guard. ‘Jojo,’ while trying his best to go along with the blind indoctrination of Nazi Germany, is forced to question his beliefs when he encounters a Jewish girl named Elsa (Thomasin McKenzie).

Now, it is a common thing for kids to have an imaginary friend, but Jojo’s is different, being Adolf Hitler himself (portrayed by Waititi), who serves as what Jojo proclaims to be his “best friend” in the movie.

The film also stars Scarlett Johansson as Jojo’s Mother, as well as Archie Yates, Alfie Allen, Sam Rockwell and Rebel Wilson. While most war films are serious, a recent example being “1917,” “Jojo” opts for a more unconventional route, preferring to be whimsical and relatively light-hearted compared to the usual tone, but still a prudent amount of seriousness. The idea of a funny war movie isn’t new though, with 2017’s “The Death of Stalin” also inhabiting this genre. However, “Jojo Rabbit” is its own beast, with its portrayal of war through a child’s lens being unique.

That willingness to be funny is absolutely one of the films biggest strengths. It never fails to hit the jokes it makes. As stated before, it is not completely comedy. It does highlight some of the atrocities the Nazis committed.

The film does a good job of balancing it, which makes it a successful feel-good movie with an effective pathos that resonates with you. The story doesn’t leave much for interpretation being fairly straightforward with its messages, but that isn’t necessarily a bad thing.

One thing that has to be addressed is that of the child actor’s performances. Being a child actor comes with the stigma of pretty poor performances, but thankfully Roman Griffith Davis and Archie Yates both give excellent performances, Davis in particular plays off of Waititi perfectly. For that matter, all the actors give great performances, blending into “Jojo’s” brand of comedy-drama very well.

It is incredibly difficult to gush about this movie without revealing several scenes that make it successful, but it has an emotional buildup that makes it worth writing home about.

It manages to be both intelligent, funny and sincerely heartfelt, and I will always be a fan when these are combined and pulled off successfully. Sticking the landing with a movie like this is definitely difficult, but I am glad to see that the movie pulls it off.