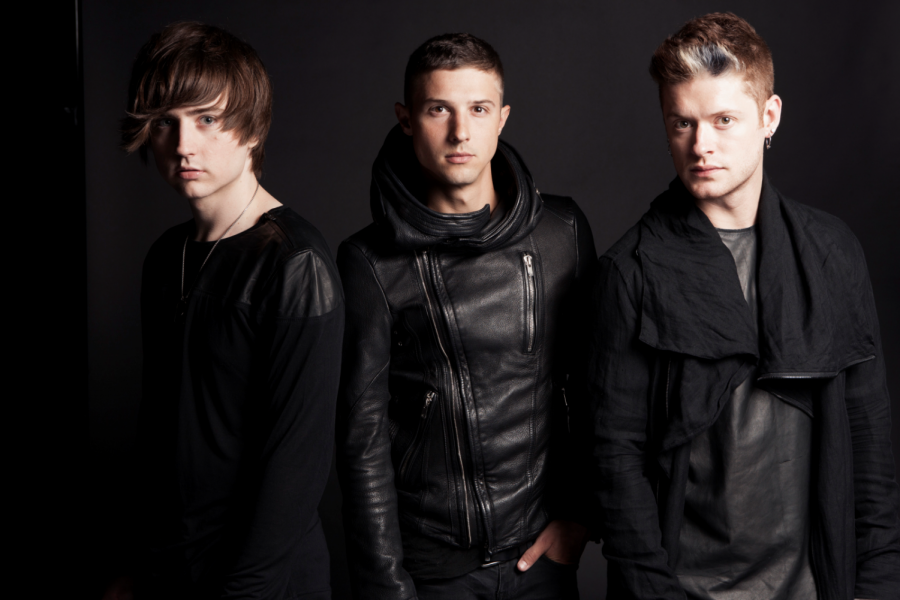 The band – featuring brothers Ryan and Jesse Follesé (guitar/vocals and drums, respectively) and guitarist/vocalist Nash Overstreet – became an overnight sensation with their 2011 hit “Tonight, Tonight.” The success of the song, along with the follow up single “I Like it Like That,” put Hot Chelle Rae on that fast track to rock stardom.

While the band has only released a pair of singles – an “unofficial” cut of the song “Recklessly,” taken off the Japanese-exclusive EP of the same name, in 2013 and 2014’s “Don’t Say Goodnight” – the trio has been busy touring the world with the likes of Taylor Swift and Demi Lovato. Taking a break from the road, Ryan, the elder of the two Follesé brothers, is currently writing material for Hot Chelle Rae’s next album, as well as a solo venture.

“We’ve been in and out of the studio doing some recording,” Follesé said. “Nash is doing his own thing, doing a lot of writing and producing. Jamie is doing some writing as well. We were just in the studio a few weeks ago writing and recording new Hot Chelle Rae music.”

While “Recklessly” will likely never see an official stateside release, the songwriter hints that the song is a good indication of what the new material will sound like.

“That song is definitely one of my favorites,” Follesé said. “I think it’s an awesome song and would be an awesome direction for us to go. So I would say yes.”

No matter what the new music sounds like, the success of “Tonight, Tonight” set high expectations for the as-of-yet-untitled upcoming album. However, Follesé isn’t worried about delivering any repeat performances.

“I don’t think it’s so much that we feel any pressure, it’s more of a challenge,” Follesé said. “We are very proud of that song and what it’s done for the band. Our intentions are always to do something that feels good, regardless of whether it becomes a hit or not. If you start writing song just to make hit singles, you’re going to lose what this is all about. I’d be lying if I said that we didn’t feel a little bit of pressure, but for the most part we just want to write songs that make us feel as good as ‘Tonight, Tonight’ did.”

With much of their attention focused on new material, this weekend’s show at Washburn will be one of a select few live dates the band has scheduled in the foreseeable future. With all that pent-up energy ready to be unleashed on stage, Follesé is preparing himself for a show to remember.

“We’re looking forward to playing this show. We’ve had really good shows in Kansas before and I’m sure this one will be great. It’s going to be one giant dance party.”

Hot Chelle Rae will appear live at Washburn University inside Lee Arena on Saturday, April 18. Support will come from pop rocker Clark Kelly and local act Swift Kick, who earned the opening slot after winning the WU Jam Shesh Battle of the Bands.

Doors open at 6 p.m. with the line up scheduled as follows:

Tickets for the show are $5 for Washburn students, $20 for community members and can be purchased at the SAGL office in Memorial Union or online at www.wutickets.com.