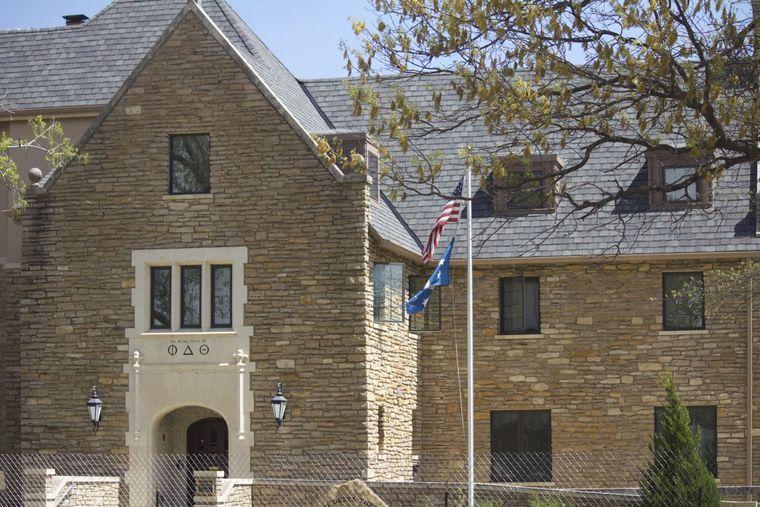 Washburn University’s director of Student Activities and Greek Life Jessica Barraclough on Friday confirmed that in addition to the vulgar and derogatory texts regarding women that had been shared between members of Phi Delta Theta, the fraternity also had more than one sexually explicit photo depicting different women.

Barraclough said she could not give out the names of the students who came to her, but described them as a “concerned group.”

According to Barraclough, Jake Gregg, the chapter’s president, sought her out to discuss it with her after he learned of the issue sometime before 5:30, which is around the time when local media began reaching out for comment

After talking with Gregg, Barraclough brought the matter to the attention of the fraternity’s chapter advisor, Mckinlaye Harkavy, as well as its national advisor.

Phi Delta Theta national leadership launched their investigation Wednesday evening and suspended the chapter the following morning. Washburn’s investigation of the chapter officially began Thursday, but Barraclough said university officials began looking into the matter as soon as it was brought to their attention on Wednesday.

Washburn on Thursday suspended the chapter.

“The university has put the chapter, as individuals and collective, on an interim suspension,” Barraclough said. “So, what that means is – I mean, it’s interim, so basically they’re being given due process. They’re given the opportunity to appeal or have conversations with the associate vice president of student life in regards to the student code of conduct judicial process.”

While suspended, no member of Phi Delta Theta can hold a leadership position in a student organization. This includes any position in Washburn Student Government Association and any editor-level or equivalent position in Student Media.

“That’s sort of where we’re at in the investigation, so basically what will happen is the members of Phi Delta Theta will have an opportunity to talk to Joel [Bluml, associate vice president of student life],” Barraclough continued. “We want to make this process as smooth and as easy as possible for the students.”

Barraclough said Bluml would be in on the decision whether to expel students or not. She said expulsion “would be severe”, but she added grounds for expulsion does not require a crime to be committed. A certain level of violation of the student code of conduct could lead to expulsion, whether the offense was criminal or not.

Barraclough also added that in regards to deciding to expel a student, whether or not the student is guilty of the charges brought by the university is determined by preponderance of evidence – meaning, more likely than not –, and the charges do not need to be proved “beyond a reasonable doubt.”

Students on Tuesday, April 21 expressed their thoughts regarding the incident,

“The behavior of Phi Delta Theta was very immature and childish,” said sophomore Kaitlyn Evans. “Not only are they making themselves look bad, but it also makes Washburn University look bad. Women are not just objects. That was very disrespectful of them.”

“I think it’s very disrespectful and unprofessional of their fraternity, especially when the ultimate objective is to strive for personal development and values of friendship,” Bonila said. “They need to learn how to value women and not falsely claim that we are just objects.”

According to a news release issued by university relations, Washburn planned to close the Phi Delta Theta house. However, an appeal was made, and the university decided to leave the house open as of Friday evening. Barraclough said she doesn’t know who made the appeal. She did say that if the house did close, the university would have worked to find living arrangements for the members.

Although the entire fraternity is being disciplined, not all members were involved.

“We had had some conversations about allowing individuals that felt like they were not a part of the process [to stay]. We would, to the best of our ability, find them a new living [location],” Barraclough said.