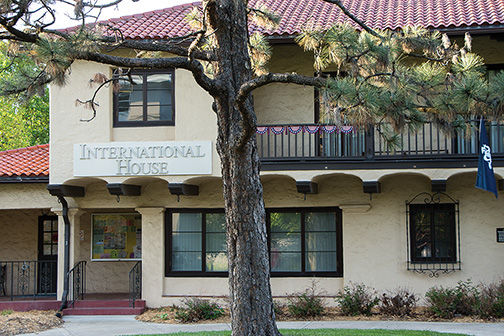 When news of Saturday's earthquake in Nepal broke, the nine Nepali students at Washburn, along with faculty at the International House, began making plans to help raise funds for those affected.

The Himalayan area was struck with disaster April 25 when rocked by a 7.9 magnitude earthquake.

The largest nation affected by the disaster was Nepal. According to national media, 3,954 people were confirmed dead as a result of the earthquake and aftershocks in Nepal, China, and India as of April 27. At least 7,000 Nepali were injured.

Parixit Dahal, a Nepali Washburn student commented on the situation.

“The capital city is completely destroyed with all the ancient cultural heritages blown into smithereens. However, the rural villages are even worse off. Up to 90 percent of some villages have been destroyed,” Dahal said.

Washburn has nine students from Nepal, according to Andy Vogel, International House Student Recruiter. None of the students’ families was harmed.

Rajeev Shrestha, a Nepali student from Kathmandu, the country’s capital, said that he knows people who are staying in temporary centers outside.

Some of the biggest challenges facing rescue workers include large amounts of destruction, high costs of rebuilding and a caste system, according to Shrestha.

The International Programs will raise money to help the Nepali people recover. Plans are currently being made for a fundraiser at Washburn’s Celebration of Cultures in the fall. For those in the community who want to provide immediate help, donations can also be taken to the International House.

Vogel believes that Washburn students and the Topeka community will make a positive impact by fundraising.

“Topeka knows tragedy, with the 1966 tornado and the flood [of 1951]”, but was able to recover and rebuild thanks to cooperation and compassion from the community,” Vogel said.

He hopes that Topeka will support the Nepali people as they rebuild their lives and communities.

Money that the International Programs raise will be combined and sent Washburn’s partner institute, the International School of Travel and Learning in Kathmandu, Nepal. The school will directly distribute funds to rural villages that have been affected.

“Photos will be taken of the school disbursing the money and information will be shared with donors about how the money is spent,” Vogel said. “These measures ensure that donations are not misused or wasted, as they were in Haiti” or other recent disasters, he continued.  The goal is for as much of the money raised to go toward the villagers who need it most. If in the case that we are not able to give the money to villagers, we will send the money to other organizations such as the UN or Doctors Without Borders who will help in the area’s recovery”.

Utshab Niroula, another Nepali student, said that the students were searching for a secure website for people to donate online while knowing that their money will be put to good use. Niroula said that anyone wanting to donate could also donate to the Red Cross or WFP so that people could reach out quickly and help via donating.