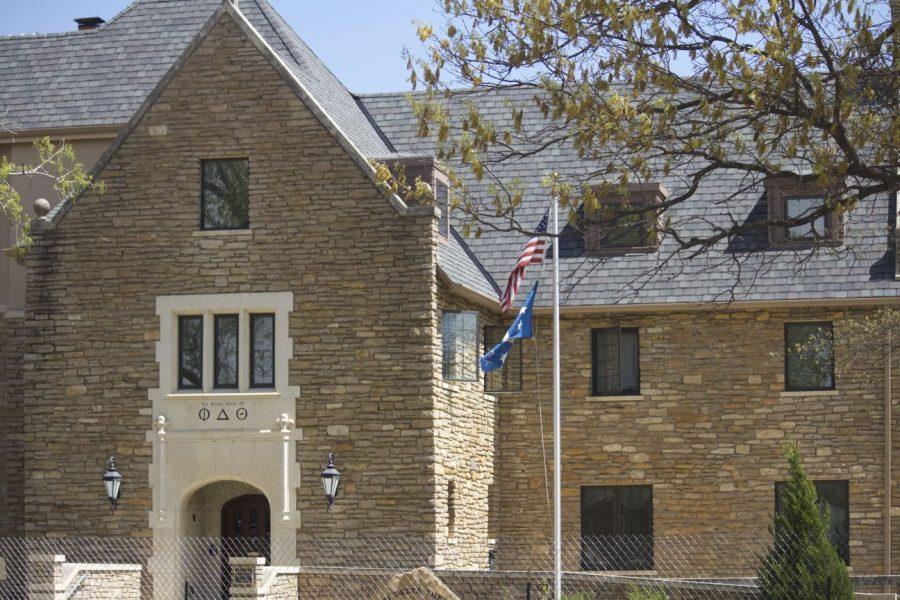 To update the story posted on the afternoon of Thursday, April 16 about the suspension of Washburn University fraternity Phi Delta Theta, Director of University Relations, Patrick Early issued the following statement via email:

“We became aware of the offensive statements which were attributed to a Group Me account affiliated with the Phi Delta Theta chapter at Washburn late yesterday.  We informed the chapter that we would be undertaking an investigation under the student code of conduct.  We also understand that the national fraternity was informed at the same time.

This morning, the province office of Phi Delta Theta issued a suspension of operations for the Washburn chapter and stated that the national organization would cooperate fully with the university’s investigation.

The university has suspended the fraternity and had told the members that the fraternity house was to be closed as of 4:00 pm tomorrow pending the completion of the investigation.  Since that time, the university received an appeal of that decision and has postponed that closing until the appeal process has run its course.  However, all of the fraternity members are immediately suspended from all leadership positions on the campus.  They will be allowed to attend classes during the interim suspension.  Once the investigation is complete, sanctions could be imposed up to and including expulsion.”

The original story about the incident follows and we will provide more updates as they become available.

On Thursday, April 16, Washburn fraternity, Phi Delta Theta, was suspended by national leaders upon investigation and review of inappropriate text messages sent by some of their members.

These texts included statements that were derogatory to women and also included sexually explicit messages about underage children.

“On behalf of the Kansas Beta Chapter we would like to apologize for the offensive messages circulated,” Gregg said in the email. “They in no way, shape, or form represent the values of Phi Delta Theta or the men of Kansas Beta as a whole. We are cooperating with University and Fraternity officials while they conduct their investigation to determine the most appropriate way to address this situation.”

Members of Washburn’s administration including Patrick Early, director of university relations for Washburn University, Denise Ottinger, vice president of student life, Jess Barraclough, the director of Student Activities and Greek Life (SAGL), Mindy Rendon, director of residential living, and others met in a conference room in the lower level of Washburn’s Memorial Union to discuss the situation and currently have given no further comment.

This is a developing story. Check online for further details as more information becomes available.