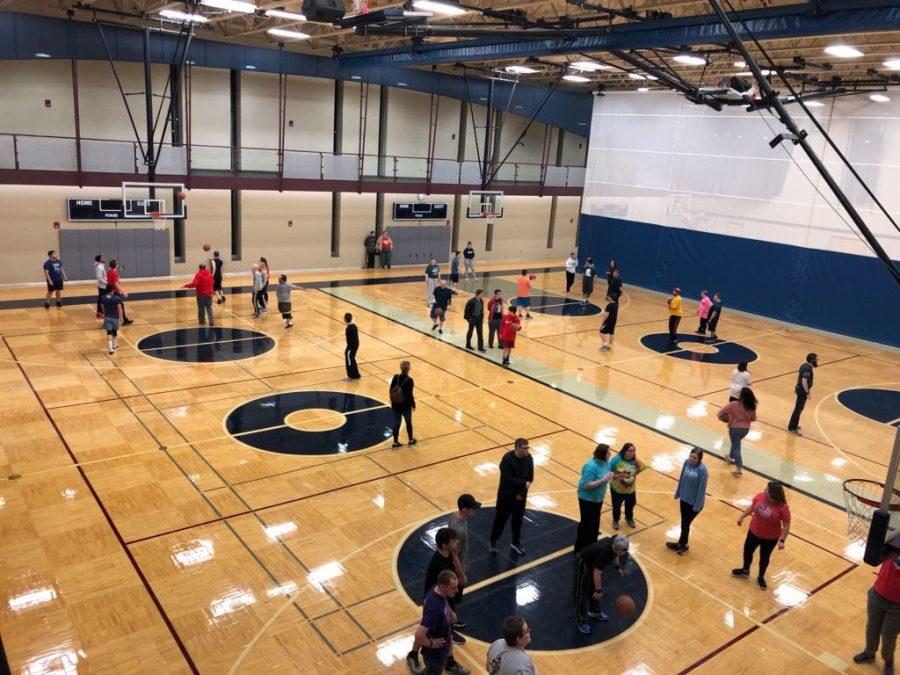 Collaboration: Washburn students collaborate with volunteers from the Special Olympics. The program has started with basketball.

Jan. 29 was the opening day of practice for Washburn’s first unified collaboration of volunteers from the Special Olympics. Games will follow every Wednesday at 6 p.m. until March 3.

America is starting to see more national partnerships between colleges and high schools. In fact, according to Washburn’s Recreations Director, Whitney Slater, Washburn Rural High school was recognized by ESPN as one of the top 20 programs in the country.

“We felt like it was a good building point for us,” said Slater. “Right now, we’re starting with unified basketball, and hopefully we’ll be able to offer some other activities. Basketball was our first starting point with this partnership.”

Providing an inclusive environment was the primary motivation for starting the program.

Dan Rinholt is the facilitator of the team, and he is excited to see the number of athletes that are joining the program – over 30 people.

“I think it’s a great opportunity for the athletes and for the partners at Washburn to see how they interact with each other,” said Rinholt. “If we have lots of people that want to come out and do this, we might try to do football or soccer.”

“I like it,” said Renyer. “I learned more about basketball [and] how to shoot. That’s my favorite part.”

Always on the go, Renyer started playing when he was 10 years old. He admires his family that played basketball for the University of Kansas and Kansas State University.

The Washburn unified basketball team plays every Wednesday at 6 p.m., with the next game being this Wednesday, Feb. 12. The sport will also have a tournament at 6 p.m. March 4.