Movie Review: “Me and Earl and the Dying Girl” an indie classic 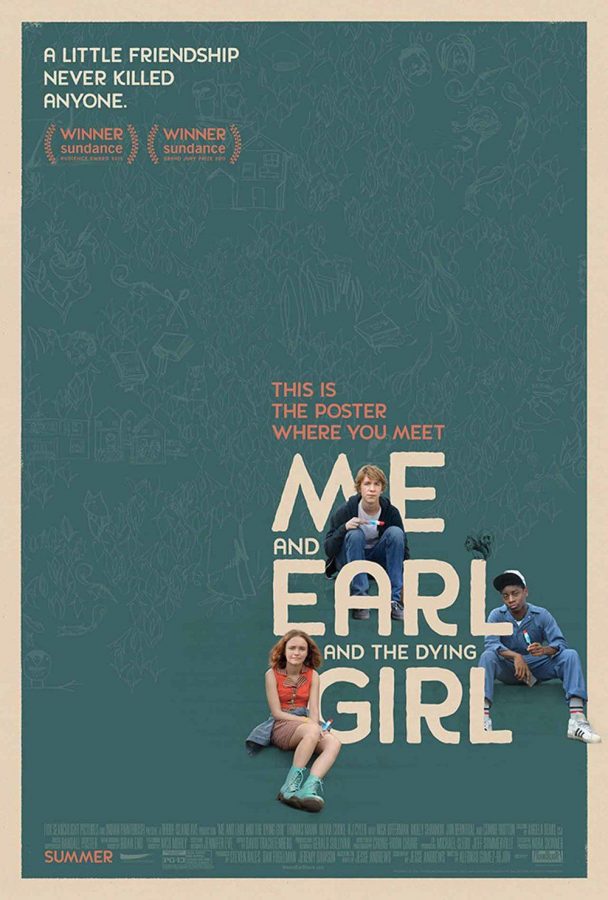 Movie Review: "Me and Earl and the Dying Girl" an indie classic

“Me and Earl and the Dying Girl”, a movie adaptation of a novel by the same name that has gained a lot of buzz from the Sundance Film Festival. This film follows Greg Gaines, a high school senior attempting to finish high school under the radar and without friends to tie him down. When his overbearing mother and eccentric father learn that a family friend and classmate of Greg’s is diagnosed with leukemia, they force him into spending time with her to lift her spirits. Truth be told, I loved this film. It is infinitely better than the book, which is funny seeing as Jesse Andrews, the author, adapted the screenplay himself.

Thomas Mann as our lead Greg was outstanding. The majority of his lines were sarcastic and rife with dry wit, which takes a lot of subdued charisma to pull off for an entire movie’s duration, and he succeeded. His character is socially awkward and had major trust issues, unwilling to let anyone close enough to hurt him. His remedy: be on neutral terms with every single person in school, but have no friend group of his own. Olivia Cooke knocked it out of the park as Rachel, the dying girl Greg is forced to befriend. Initially, she’s a kind, quiet girl with zero interest in Greg’s pity, and we watch her open up and lay down some truth bombs with Greg when he’s full of it (which is most of the time). As her treatments wore on, we see that lightness in her deteriorate, and she ultimately played the part of a failing cancer patient both dynamically and realistically.

Rounding off our main cast was Ronald Cyler II as Earl, my favorite character of both the book and movie (thank you, Andrews!). He is Greg’s closest thing to a friend, referred to as his “coworker” because they love to make terrible parodies of famous movies. Whereas Greg’s humor was all tongue-in-cheek sarcasm and rarely serious, Earl was deadpan and no nonsense. At one point, Greg was making Rachel losing her hair about himself and Earl bops him on the head and says something like “Man, what’s the matter with you? Buy the girl some damn ice cream!” The comedic chemistry among this cast was impeccable, with great understated performances from the veteran cast of Nick Offerman, Molly Shannon and Jon Bernthal as well.

As I said before, Greg and Earl love to make horrible parodies, and they serve as these fantastic easter eggs for film buffs in the audience. Example: “A Clockwork Orange” becomes “A Sockwork Orange”, where the plot is exactly the same, but done with sock puppets. They’ve made over forty of these, and we see quite a few clips as Rachel enjoys them throughout her treatment. They’re each done with an almost Wes Anderson aesthetic- full of colorful, handmade crafts and understated wit. The whole film is shot with a polished indie flare, and I’ve got to give it up to Alfonso Gomez-Rejon for his direction. He rounded off so many of the novel’s flaws alongside Andrews and brought this story to life.

Naturally, this being a dramedy about teenagers and cancer, this film is going to be compared to last year’s smash hit “The Fault In Our Stars” which I, too, loved. But in my opinion, strip away the latter’s love story, its big tearjerker scenes, and give it a better cast, director and more witty, quirky fun and you’ve got “Me and Earl and the Dying Girl”. I had no problems with this film, it was a delight worth the hype. Unfortunately, it’s not being played in Topeka, but you can see this at Liberty Hall Theatre in Lawrence or any number of theatres in Kansas City, and I urge you to do so.