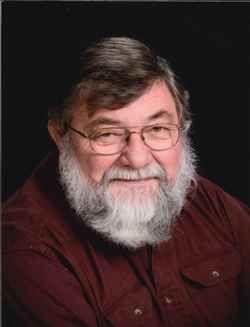 Norman William Koester former Electronic Technician for Washburn University, beloved colleague and friend has died at the age of 68.

Koester died Sunday July 19, 2015 in the presence of loved ones. He was born in Hoisington, Kansas on September 2, 1946. Koester retired from his position as an Electronic Technician at Washburn University in August of 2013. He was granted Eminentis Universitatis status when he retired in 2013.

“We will miss the many treats he brought to the ITS family that included homemade chocolates and various produce from his garden, but most importantly we will miss Norm,” a faculty press release stated.

He is survived by his wife, Ellen, a daughter, Samantha, a stepson, Greg, grandchildren, by his siblings, and many nieces and nephews. He was preceded in death by a son Rodger Koester and his parents.

His obituary states memorial contributions may be made in his memory to Mater Dei Holy Name Church, to Ellen Koester to be designated by her to a charity to benefit Navy Veterans or to the charity of the donor’s choice and sent in care of Brennan-Mathena Funeral Home, 800 SW 6th Ave., Topeka, Kansas 66603.

Online condolences and fond memories may be left at www.brennanmathenafh.com.