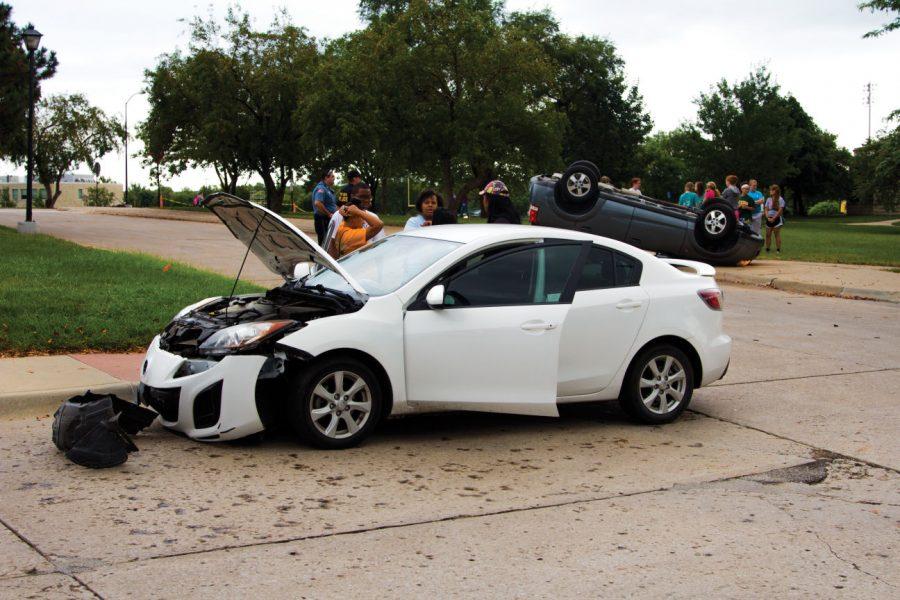 A severe car crash involving several Washburn students occurred on campus just before 7 p.m. on Tuesday, Aug. 18, at the intersection of 19th Street and Plass Avenue, behind the KTWU building. There were no injuries, although both Topeka and Washburn Police officers were present on the scene and sealed off the intersection.

The details of the crash are unknown, though it has been confirmed that a Saturn SUV was flipped upside down and onto the sidewalk going west on 19th Street, while the front of a Mazda sedan was crushed going north on Plass Avenue.