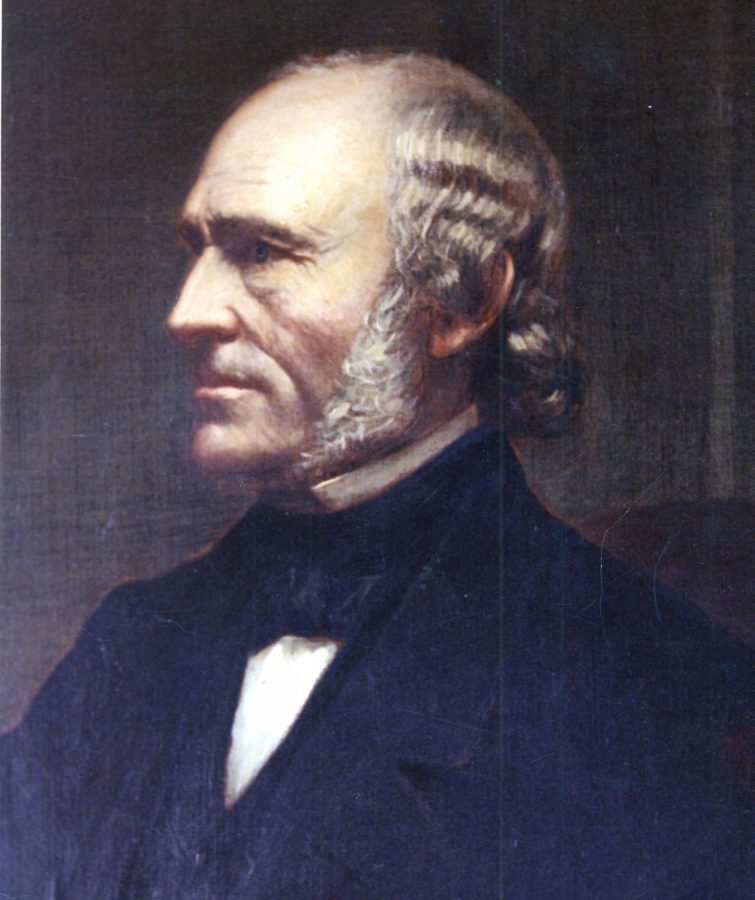 Though our namesake’s birthday was technically Aug. 11., WU celebrated Ichabod Washburn’s birthday on National Bow-tie Day, Aug. 28. Jerry Farley, University President, handed out cupcakes to students in the Memorial Union in honor of the occasion. How well do you know the infamous Ichabod? Here are 15 fun facts for you!

Ichabod Washburn was born Aug. 11, 1798, in Kingston, Mass.At the age of 9, Ichabod became a blacksmith’s apprentice in Leicester, Mass.By the age of 33, Ichabod had found his true calling – wire. In 1831, he developed a machine that enhanced wire quality and improved production efficiency. He is sometimes referred to as a father of the industry.His company, Washburn and Moen Wire Works, produced a wide variety of types of wire, from barbed wire to crinoline, which became a popular alternative to whalebone in hoop skirts.Ann, his first wife, and him had one son and two daughters. He outlived all four of them. He later married Elizabeth, his second wife.A firm abolitionist, Ichabod was a member of the Church Anti-Slavery Society and the Freedman’s Aid Society.In October 1868, Ichabod Washburn donated $25,000 to Lincoln College and the Board of Trustees voted to change the school’s name to Washburn College in Nov. of the same year.Ichabod never saw the campus in person. He died in Worcester, Mass., on Dec. 30, 1868, just two months after his donation to the college.He also aided in the establishment of Worcester Polytechnic Institute in Massachusetts.Ichabod believed that every person, even people of color and women, should have both the right and access to a formal education.Elizabeth later donated $2,000 to Washburn College in 1873, in the hopes to fund a Ladies Department and dormitories for women.Washburn adopted the Washburn Family Coat of Arms as its official crest in Nov. 1917.The Ichabod logo was originally designed by Bradbury Thompson in 1938. Thompson said that the image represented courage, courtesy, kindness and studiousness.In May 1948, the Ichabod was officially adopted as the student body emblem.Today, the Ichabod mascot is widely regarded as one of the “weirdest” in America.