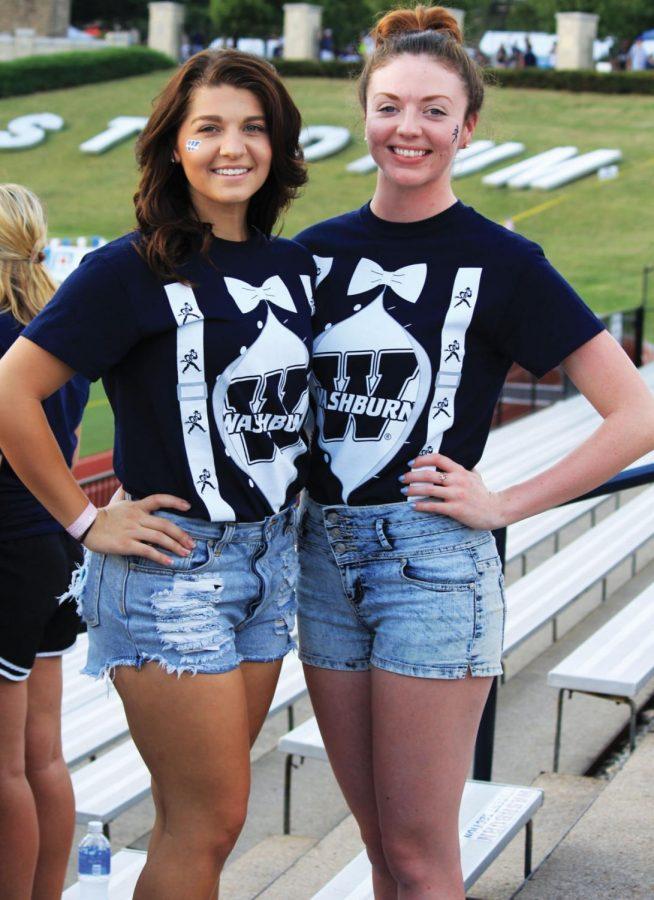 Walking around the football stadium, there’s an immediate swarm of the color navy. Navy shirts to be exact. The Washburn pride can be seen a mile away as students and community members alike put on their navy shirts to support the football team at their game against the Nebraska Lopers on Sept. 10.

Football games have a certain culture of their own. A culture that contains fans who adorn themselves in Washburn gear, grab a hot dog or some popcorn, sunglasses and watch the game. People normally don’t wear their everyday work attire to a football game, but change into clothes that fit into the football culture.

This trend was evident in the majority of the crowd at Thursday’s game who decked themselves out in navy Washburn attire. Although fashion may not seem to be a large part of football, the crowd shows how clothing really does make an impact in any football stadium.

In the student section, the culture is energetic and the enormous amount of navy Washburn shirts make everyone look and feel unified in school spirit.

“This is the first [football] game we’ve gone to, but we plan on going to all of them,” Bigham said. “We are in the Bod Squad so every game we are going to try to do a theme so everyone is cohesive and coordinated together.”

Bingham and Brunner both said they plan on wearing their Washburn shirts to every game to become part of Washburn’s football fashion culture.

“Half of my closet is Washburn [clothes] now,” Brunner said. “[Dressing the same] just brings much more spirit.”